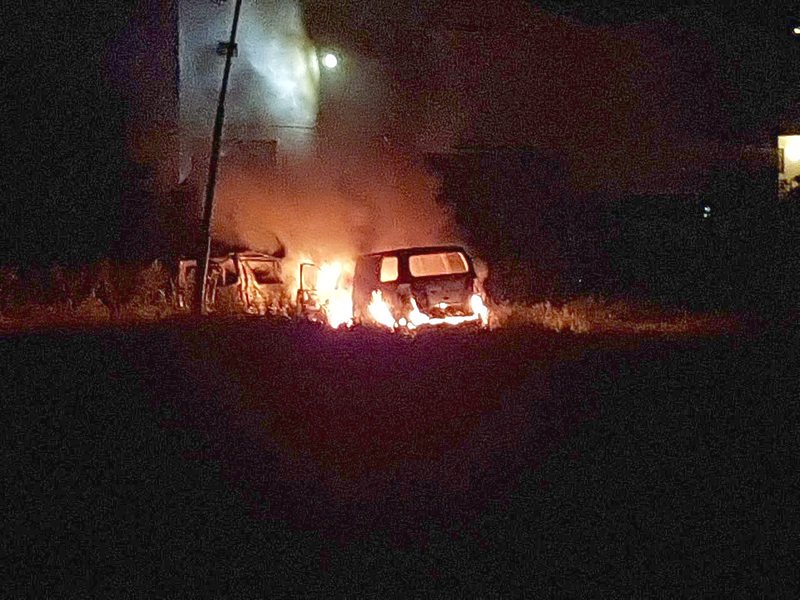 PHILIPSBURG–Police are on the hunt for the six men who attacked security officers and robbed popular supermarket Le Grand Marché just before 9:00pm Wednesday. According to reports, a group of six masked men armed with guns and dressed in dark clothing forced themselves into the establishment.

The security guards on duty were pistol-whipped to the back of head and threatened with guns pointed at their heads. The culprits took an unknown amount of cash, according to police. A gunshot was fired by one of the robbers during the robbery, but it was directed to scare the employees inside.

The two security guards were also checked out by paramedics and were advised to visit their house doctors.

Another call came in to the 911 dispatch shortly afterward, reporting that a white Suzuki van was on fire on Red Roses Road in the area of Cake House on L.B. Scott Road.

The Fire Department was called in immediately to put the fire out. The vehicle was completely destroyed by the fire and most probably was the van used by the culprits to flee from the robbery at Le Grand Marché. It was confiscated for further investigation.

The investigating officers request that anyone who witnessed or has any information concerning this robbery contact the police by calling 542-2222 ext. 213, 214 or 215, or the Emergency dispatch 911.