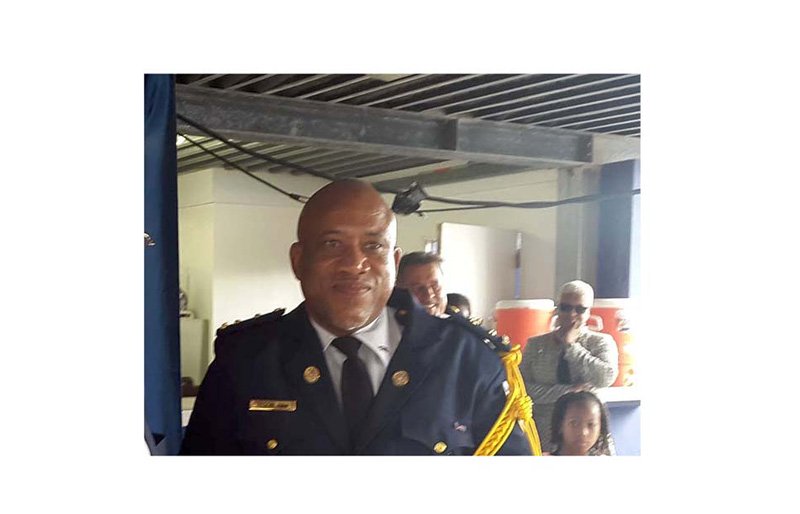 PHILIPSBURG–The results of an investigation into the beating of a looting suspect days after the passing of Hurricane Irma have yet to be been handed to the Prosecutor’s Office for handling, according to Prosecutor’s Office spokesman Norman Serphos.

Police Chief Carl John said on October 3 that police management is well aware of this video, which shows police officers beating an alleged looter on September 10. An internal investigation into this incident had been launched.
All officers involved and witnesses of this incident are being interviewed, the police chief said at the time. All documents regarding this investigation will be forwarded to the Prosecutor’s Office for review.
The Daily Herald understands that the officers have already been sent back to Curaçao and that the matter is considered closed.
The video started circulating online on October 2, and many persons have accused police officers of using excessive force during the arrest of the suspect involved. An unidentified man suspected of looting was severely manhandled by police officers in the Over the Bank area.
According to an eyewitness’ account, the man was part of a group that broke into a nearby business. When police arrived on the scene, the rest of the group ran away. The man was said to have been aggressive towards police. The witness told this newspaper that the man had been giving officers a hard time and the footage only shows the officers’ reaction.