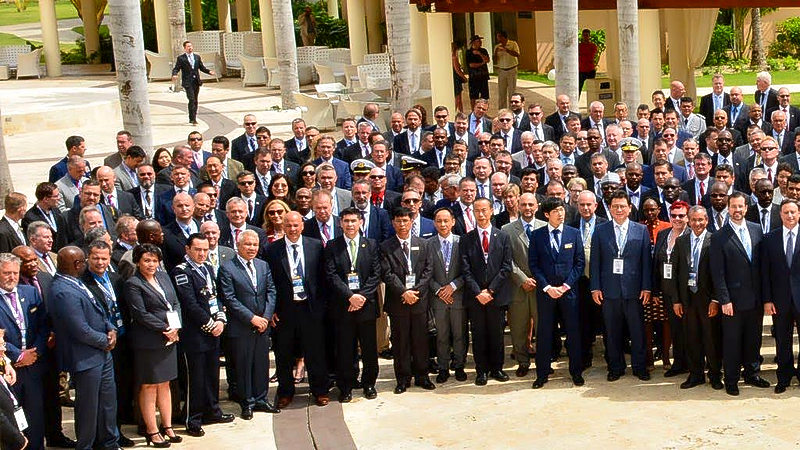 The event was organised by the Dominican Republic’s National Drug Control Directorate (DNCD) and the US Drug Enforcement Administration (DEA), mainly to enable participants to analyse global trends in illicit drug-trafficking and to promote cooperation and information exchange with the focus on combating such crimes.

According to a release from the police on Tuesday, “St. Maarten, as are many other islands in the Caribbean, is used as a trans-shipment hub for illicit drugs to the mainland of the United States and other countries in other parts of the world. Also one of the main topics discussed was the illegal manufacturing and use of the synthetic drug called ‘Fentanyl.’ Fentanyl is a powerful synthetic opioid analgesic that is similar to morphine but is 50-100 times more potent.”

Three of these illegal labs were discovered in the Dominican Republic.

Non-pharmaceutical Fentanyl is sold as a powder, spiked on blotter paper, mixed with or substituted for heroin, or as tablets that mimic other less-potent opioids.

Fentanyl works by binding to the body’s opioid receptors, which are found in areas of the brain that control pain and emotions. Its effects include euphoria, drowsiness, nausea, confusion, constipation, sedation, tolerance, addiction, respiratory depression and arrest, unconsciousness, coma and death. The high potency of Fentanyl greatly increases risk of overdose, especially if a person who uses drugs is unaware that a powder or pill contains Fentanyl.

The community should take good note of this information and be aware of the consequences of illegal drugs, according to police.

The DEA will introduce an awareness campaign in the near future regarding the production and use of illicit drugs on the island.