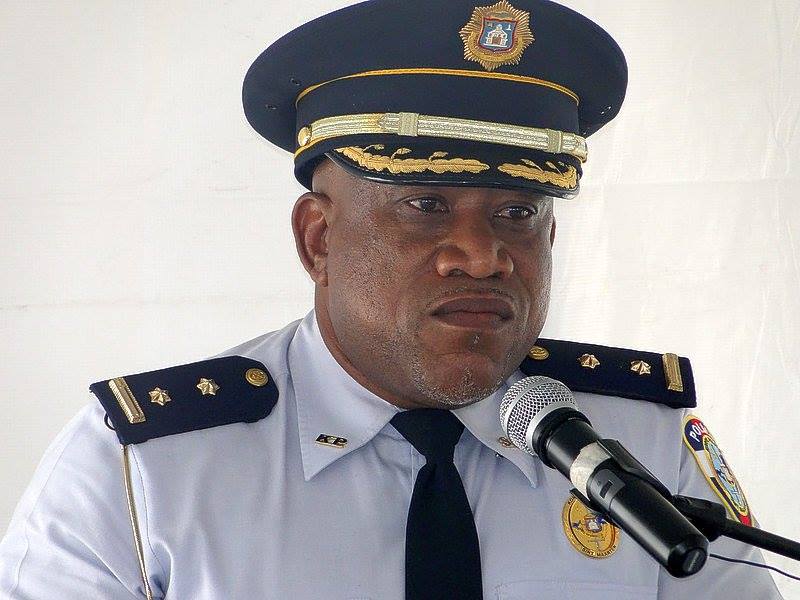 PHILIPSBURG—Since the passing of Hurricane Irma on September 6, several rumours have made international headlines around the world.

Reports online suggest that 250 prisoners escaped from Pointe Blanche Prison during the passing of the 185mph storm, another said the wall collapsed and prisoners are looting Philipsburg and killing everyone in their way.

Police Chief Carl John said those rumours are absolutely false. The prison has been under heavy protection by the military and the police force.

“This is not true, we have the prison under control and I wished that these international outlets that published these rumours had reached out to us before spreading such dangerous rumours,” stated the police chief.

Another rumour that got St. Maarten residents and family members upset was that hundreds of people died and some of their corpses were floating in the Simpson Bay Lagoon. This was also denied by John.

He said the men and women of all armed forces are working hard to keep peace and order on the island and rumours are just what they are, rumours.

The Daily Herald was called by an international journalist asking if it was true that the Winward Islands Bank was robbed by looters of 3.2 million dollars. John also laid this rumour to rest.

“We are prepared for any surprise and we hope that people obey the law during these tough times,” said Chief John.