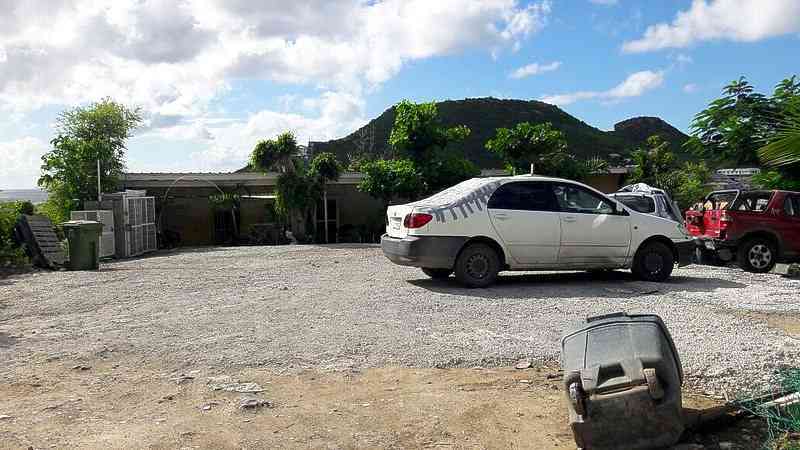 CAY BAY–Members of the Police Human Trafficking Unit UMM searched Juan Bar in Cay Bay at 6:00am Tuesday and found evidence of illegal prostitution at the establishment. Officials discovered seven women engaging in prostitution at the snack bar who did not have valid residence papers to be on the island.

According to Prosecutor’s Office spokesman Norman Serphos, “The reason for the search was the suspicion that some women were prostituting there. This suspicion was confirmed. The women detained were nationals from Colombia, Suriname, Curaçao and the Dominican Republic, and they were placed under the supervision of the Immigration Service and an expulsion procedure has been put into operation.”
During the search, in which members of the UMM were assisted by members of the Royal Marechaussee KMar and Immigration and Naturalisation Service, electronics and narcotics were seized. “Money and valuable goods were also taken because crime can and may not pay,” stated Serphos.
Since June 2015 it has been punishable to have a brothel without a licence from the Minister of Justice. Therefore, the manager of the brothel has been arrested for this. In addition, he is suspected of a number of other criminal offences, including illegal employment and human-trafficking (providing residence to illegal aliens). *For this he has been taken into custody,” said Serphos.
The Prosecutor’s Office will take action in the future on businesses that do not have a brothel licence from the Minister of Justice. At the end of the search, the UMM unit closed and left the bar.
Persons living in the neighbourhood found out later on Tuesday morning that this business owner was in custody and found it fit to break into his business. The police were immediately notified of the break-in. On the scene, police caught suspects T.C., E.K and H.H. red-handed while they were stealing goods from the business. All three suspects were arrested on the scene and taken to police headquarters where they remain in custody for questioning and further investigation.