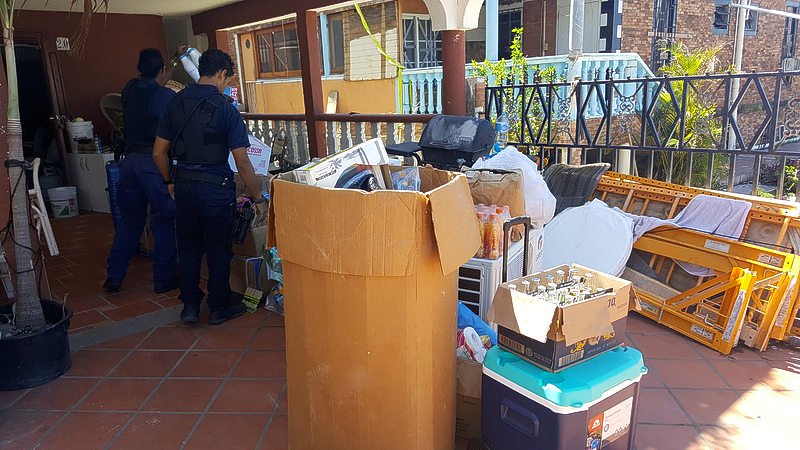 PHILIPSBURG–Nine more persons were arrested on Thursday by police officers involved in the ongoing looting investigation. This investigation started immediately in the aftermath of Hurricane Irma.

These nine arrests took place during house searches at seven different locations on the Dutch side of the island. At all of these locations, large amounts of looted items were found and confiscated for further investigation. A firearm was found and confiscated at one location.
Two persons were arrested in Belvedere, two at Mount William Hill and five in Hope Estate. As reliable information continues to pour into the Police Force, more house searches will be done, according to police.
This investigation will continue to expand throughout the entire island, including the French side when and if necessary, through the good working cooperation between law enforcement departments on both sides of the island.
All suspects arrested on Thursday were taken to the Philipsburg police headquarters where they are held for questioning and further investigation.