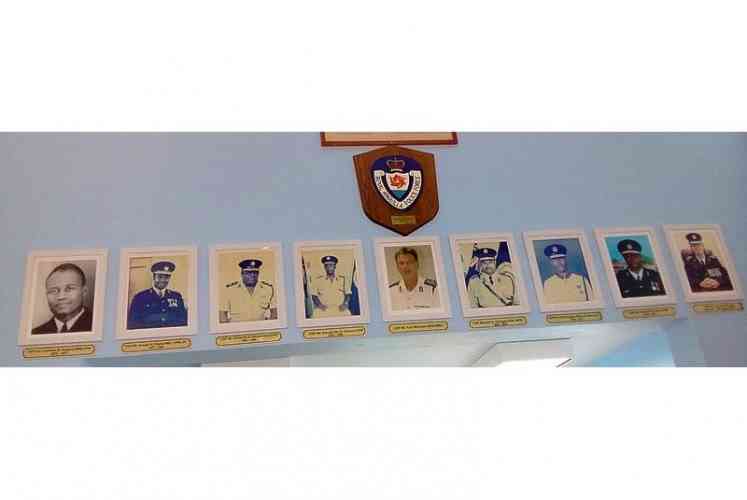 Police Chiefs and Commissioners on display.

ANGUILLA–A display has been mounted at The Valley Police Station of past Police Chiefs and Commissioners of Police.

The display can be seen on entering the police station and portrays eight past Commissioners as well as the present Commissioner. Two of the eight, Claudius Roberts and Joseph Payne, served as Chief of Police,

November 30, 2020
0
PHILIPSBURG-- An issue with a 440-volt alternating current (AC) system which supplies power to the units at water and light company GEBE resulted in...

November 30, 2020
0
The Netherlands Red Cross roof repair programme officially ended on Monday. In total, the project fixed some 182 roofs since it began in January. In photo: A Red Cross construction crew repairing a roof during the project.  SIMPSON BAY--The Netherlands...
Read more

November 30, 2020
0
The Netherlands Red Cross roof repair programme officially ended on Monday. In total, the project fixed some 182 roofs since it began in January....