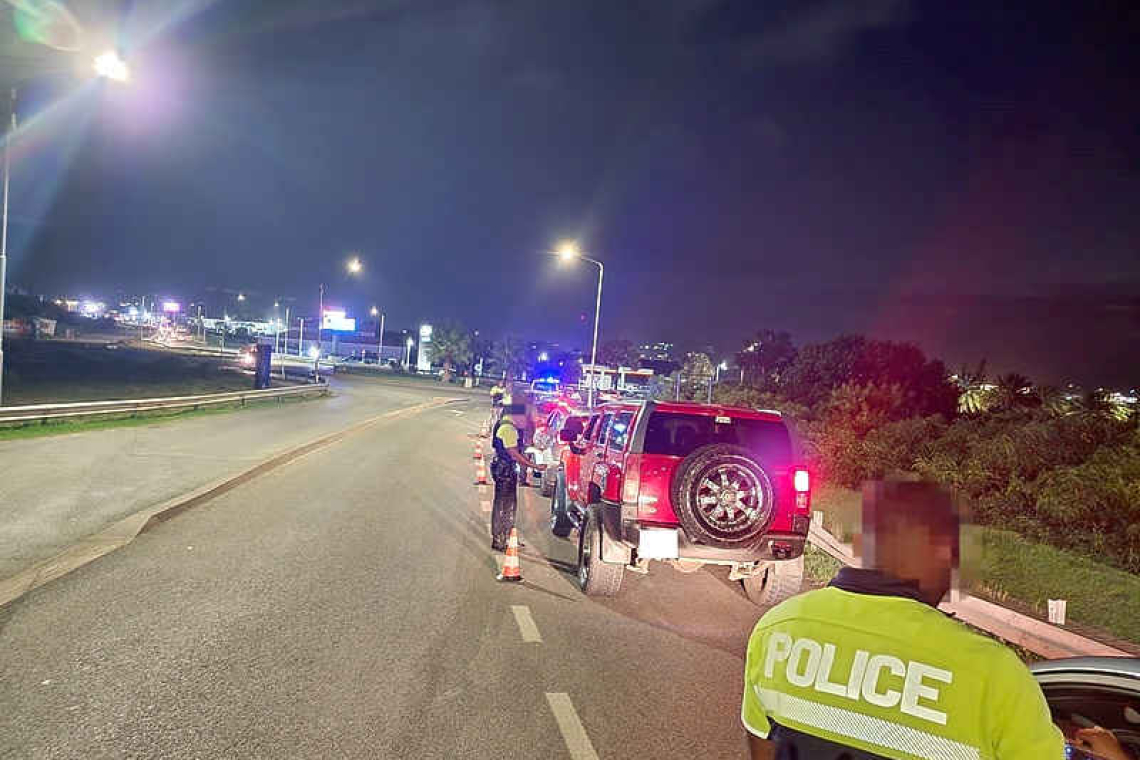 Police checking cars coming from the French side.

PHILIPSBURG–St. Maarten Police Force KPSM conducted several types of controls in the past week in an effort to ensure safety of all residents and visitors as well as road safety. These controls will continue during the busy holiday season, KPSM announced on Wednesday. 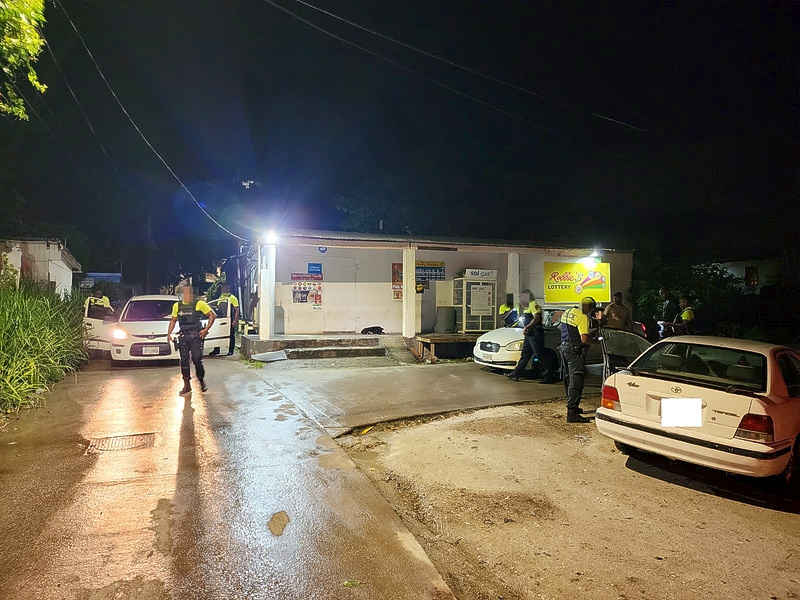 A total of 162 vehicles were checked. The drivers of 135 of those cars were addressed for having tinted windows and 17 were fined for various offences. One scooter was confiscated by police.

The team stopped and questioned four persons in relation to narcotics legislation. Two suspects were arrested for vandalism and assault in the Arch Road area.

The team has been monitoring Philipsburg and the surrounding areas with regard to the busy holiday season. Police officers assisted the Red Cross with a bomb blast simulation.