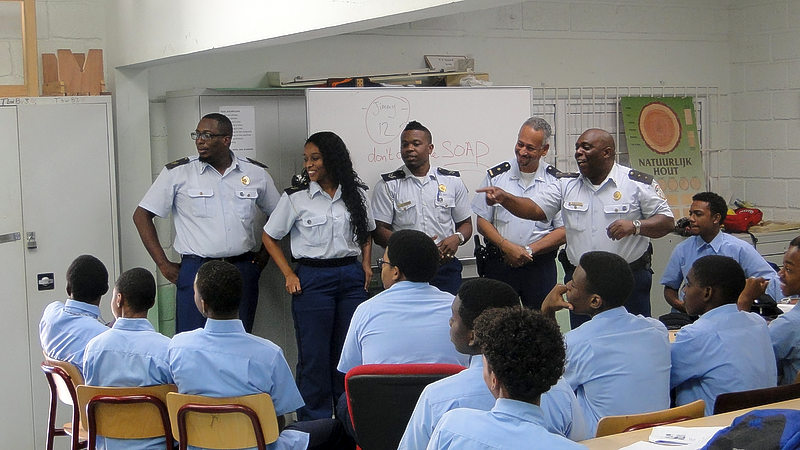 The TAPS programme is designed for at-risk youth. Under the programme, officers will serve as mentors for students and will discuss with them a range of issues including bullying, anger management, avoiding gang life, drug usage and conflict management, amongst other youth and law enforcement-focussed topics.
TAPS was launched at Milton Peters College (MPC) on Friday by Inspector and Community Police Officer Ethelwoldus Josepha in the presence of the Acting Chief of Police, Chief Inspector Benjamin Gout, MPC General Director Wim de Visser and MPC official Richard Garrin. With the introduction of this programme, the Police Force will give students the tools they need to become better citizens in their communities,” police spokesperson Chief Inspector Ricardo Henson said in a police press release on Sunday.
TAPS creed is: “We are going where we have never gone to do what we have never done before, to have what we have never had before – be a good citizen in this country.”