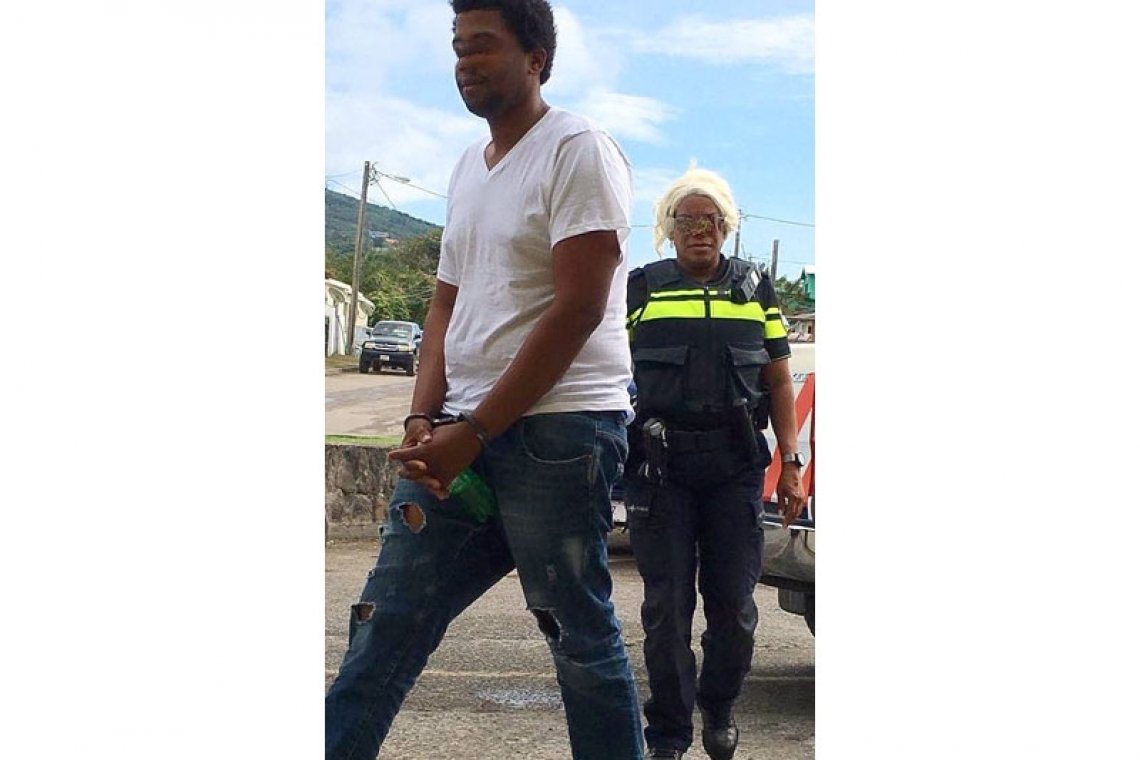 Suspect G.D.C. being escorted by a police officer in St. Eustatius on Wednesday afternoon.

SABA/ST. EUSTATIUS–The Police Force Caribbean Netherlands KPCN is investigating two separate cases of ill-treatment, one of which took place in Saba and the other in St. Eustatius.

Two suspects were arrested in Saba after a man was severely mistreated with a weapon. After further investigation one of the suspects was released later. The other suspect G.D.C. was transported to Statia. He was escorted from the Statia Police Department to the airport where he was taken on board an airplane to Bonaire on Wednesday afternoon, January 29. He will be detained at the JICN house of detention in Bonaire as the investigation continues.

A suspect R.W. was held in Statia on Wednesday for questioning on the orders of the Prosecutor, in connection with the investigation into an altercation that took place at the harbour facility involving a female security officer on January 2. W. is suspected of having ill-treated the security officer. He was released after questioning on Wednesday. The police continue to investigate the facts related to the alleged crime.