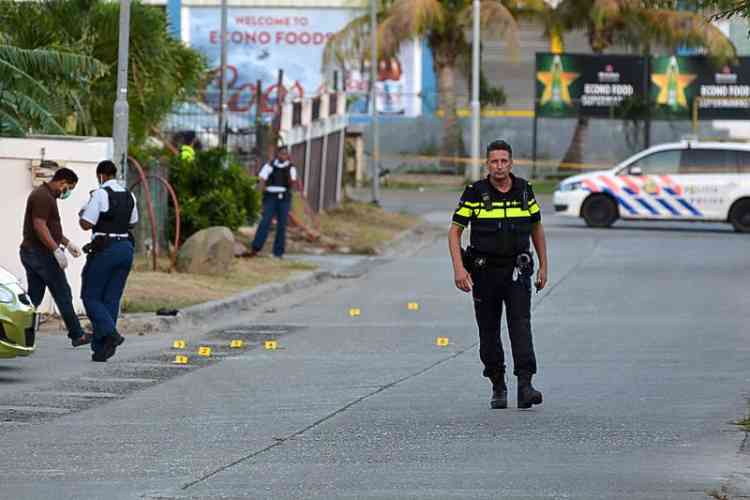 The first shooting took place in front of Red Diamond adult club in Simpson Bay on Sunday morning. Police arrived on the scene after 5:00am and started to question persons who had seen what took place.

According to bystanders, a group of men shot at each other in the parking lot of the business. No injuries were reported during the incident.

Police again responded to gunshots fired in Cay Hill near a motel on Sunday afternoon. According to a witness, a blue car was backing out of the motel parking lot when two men on foot started shooting towards the vehicle. The car managed to drive away while the men who did the shooting were able to escape toward the direction of Kooyman hardware store in Cay Hill.

Police started investigating and learned that nine shots had been fired during the incident.

Police spokesman Chief Inspector Ricardo Henson said on Sunday that anyone with information about either shooting incident should call the emergency number 911.