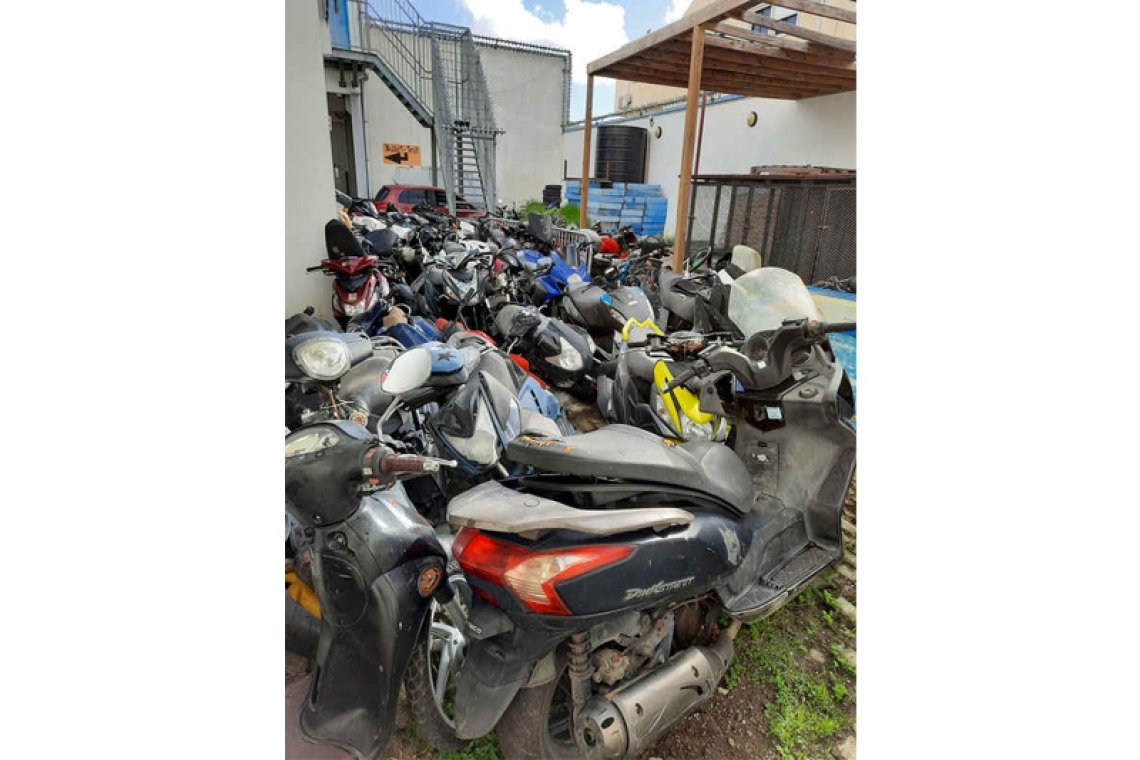 Some of the confiscated scooters stored at the Philipsburg police station.PHILIPSBURG–As police continue to prepare for the peak of the 2020 Atlantic hurricane season, they have issued a final notice for the owners of confiscated vehicles, scooters, and motorcycles to collect them at the Philipsburg police station.The deadline to collect confiscated vehicles and motorcycles has been extended to Monday, August 24.Persons must provide valid documentation for the vehicle before they can take possession. Owners are required to have proof of ownership (bill of sale); valid identification (ID card, driver’s licence, or passport); valid inspection card; and proof of insurance.“The vehicles which are being released are those that were impounded for technical issues or the documentation not being in order. Therefore, the police will be releasing them to their owners provided they present the necessary paperwork,” said police in a press release on Monday.Police urge vehicle owners to use this opportunity to retrieve their vehicles.“Once the deadline has passed, the impounded vehicle will be considered abandoned and will be subsequently disposed of.“St. Maarten is entering the peak of the hurricane season and we want to ensure that we complete this process sooner rather than later, so that we can clear the area and minimise any safety risks these impounded vehicles might pose.“However, any motor vehicle which is still part of an ongoing investigation will not be released and the Prosecutor’s Office is the only entity that can authorise the release of a confiscated vehicle, once the investigation is considered closed,” said police.