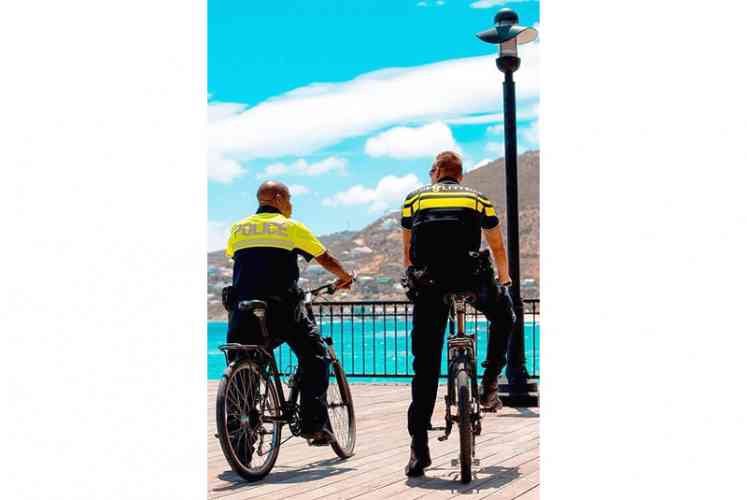 PHILIPSBURG–The Police Force has issued a number of precautionary measures for the public due to an increase in armed robberies that have been taking place across the island.

“The police are doing their utmost to protect you from all kinds of criminal activities. Unfortunately, armed robberies do occur in our community. These are criminal acts that have a serious impact on victims as well as the public,” said police spokesman Chief Inspector Ricardo Henson.

He mentioned the following precautions:

“1. Always bear in mind to observe your environment. You, of course, know best what’s ‘normal’ in your own surroundings, so if you see any suspicious people or vehicles, don’t hesitate to call the police (911). Give them a good description of the people or vehicle that seem suspicious to you. Good observation only can take place when your business and surrounding areas are well lit, so repair broken lights or install new ones.

“2. Make sure you have as little money as possible in your store. Take your money to safer places regularly; for instance, a bank. In case your store does get robbed, the robbers don’t have a big gain.

“3. Make sure your shop closes at the hour that is on your permit. Don’t let your last late-coming customer be the one who takes all the money you’ve earned that entire day.

“4. If you have the opportunity, buy some cameras that record whoever comes into your store. The images recorded on the cameras can really help the police in their investigation.”

When, in spite of all precautions taken, a robbery still does take place, the St. Maarten Police Force has the following do’s and don’ts for you:

Stay calm, because you are a better observer when you are calm.

Watch out for your own safety.

Let the robber(s) know you intend to cooperate; this will keep the robber(s) calm as well. You certainly do not want him/them to panic.

Try to follow their orders precisely and calmly. If you must move or reach for something, inform the robber first so they will know what to expect.

Hit the alarm when it is safe to do so. If you can, call security even if you have activated the alarm. Think of a right time to alarm possible bystanders too. They can help you by, for example, calling the police or taking a good look at the suspect. Two pairs of eyes see more than one.

Do not focus on the weapon, but try to observe the surrounding area. Observe every detail about the robber and note the means and direction of the escape if you can. This information is very important for forensics and further investigation.

Try not to resist.

When you scream, gesture or do anything to call attention to the situation, first think of the right time to do so.

Never assume that a gun is not real, not loaded or that a young and innocent-looking robber will not shoot you.

Do not offer or volunteer more than is demanded.

Make no sudden movements that may anger the robber or cause him/them to panic.

After the robbery has occurred:

Call the police as soon as you can and secure the scene to preserve any evidence. Lock the doors, keep people away from the areas that the robbers were in, and secure any and all evidence that may have been left behind by the suspects. Also, do not touch anything the robber has touched. These measures are extremely important for the forensic investigation.

Immediately write down information about the incident and robbers specifically. Write down exactly what you saw and have anyone who had seen the event do the same. Ask witnesses to stay with you until the police have arrived.

Get as much information as you can about the robbers’ escape without going after them:

If people who saw what happened cannot stay, get their name(s), address(es) and telephone number(s) for the police. They might be important witnesses who can help the police catch whoever committed the robbery.