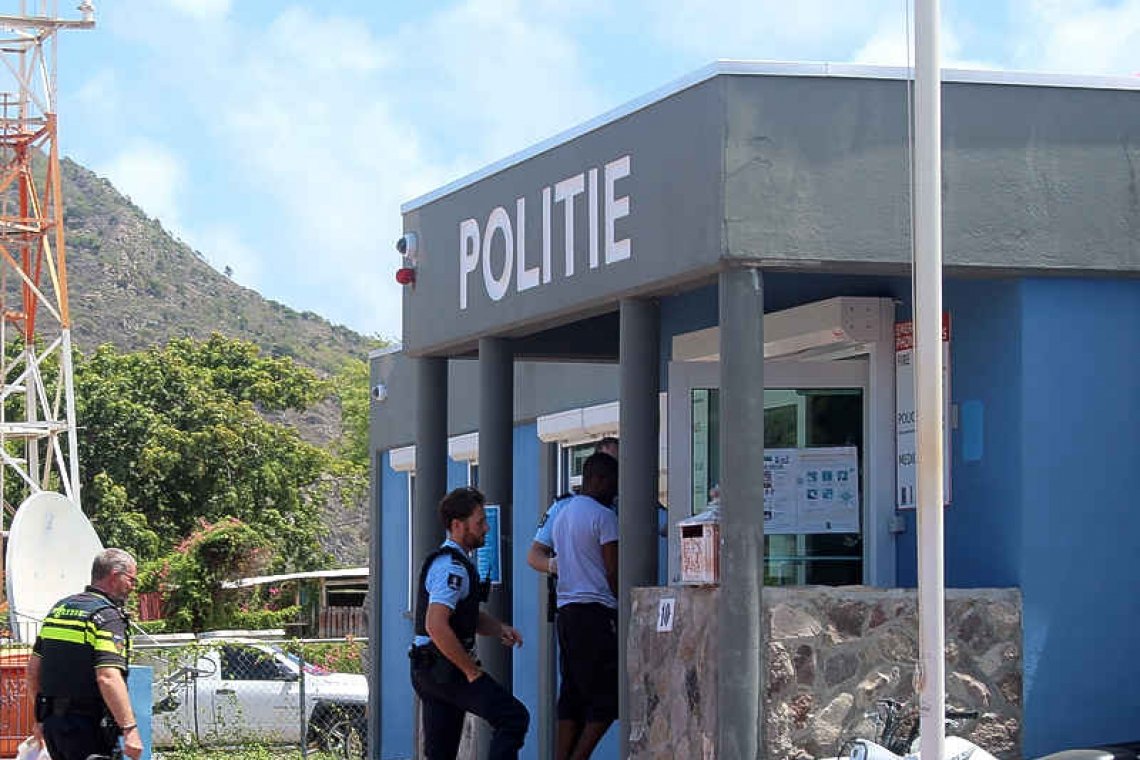 Suspect in the June 13 shooting, S.T. is being led into the St. Eustatius police station by members of the Royal Netherlands Marechaussee and police officers.

ST. EUSTATIUS–Members of the St. Eustatius branch of Police Force Caribbean Netherlands KPCN made a second arrest in relation to the ongoing investigation into the June 13 shooting.

Police officers and members of the Royal Netherlands Marechaussee arrested a man with initials S.T. at his home on Friday, July 10. A house search was subsequently conducted during which a number of items were confiscated for further investigation.

The first suspect in this case, identified as A.M., who was previously in police custody, has in the meantime been released.As the investigation into the shooting is still ongoing, the police are once again asking persons with information regarding the shooting incident to call the police station at tel. 318-2333 and ask for the lead investigator in this case, Officer Brigadier I. Schmidt, or call the tip line at tel. 717-7251.

All calls to the police tip line in Bonaire are handled anonymously.