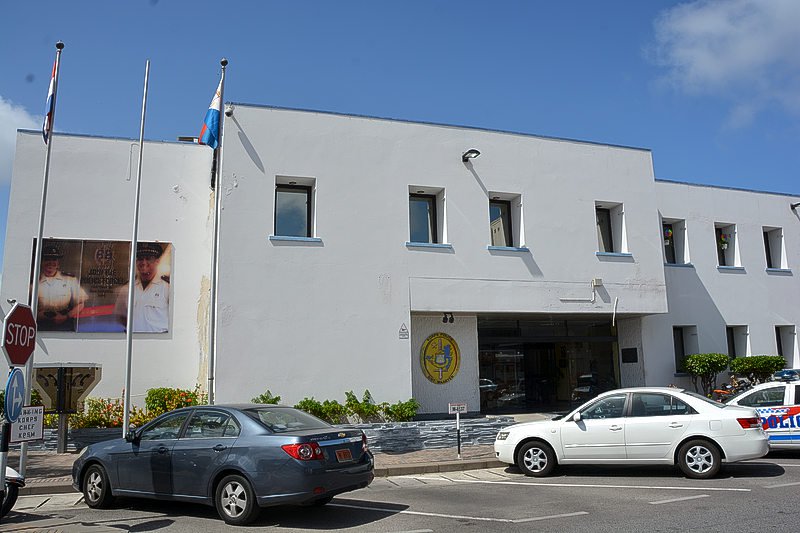 PHILIPSBURG–The Police Force has noticed a trend toward unnecessary violent and/or aggressive behaviour among persons within the community in the aftermath of Hurricanes Irma and Maria.

In a statement to the media on Sunday, police said this behaviour, which is unlike that under other circumstances, has the fullest attention of the police and will be dealt with according to the law.

Health Care Psychologist Miranda Veltman, who has been working for the Police Force since the passing of these hurricanes, believes violent and aggressive behaviour are psychological symptoms that can be experienced by anyone after major natural disasters.

“A stressful experience of that magnitude can cause an increase of violence by adults as well as youth. In the last few weeks and days the criminal offences have become more violent by the youth as well as by adults,” Veltman said.

Police referred to recent crimes such as violent armed robberies, a group of students ill-treating another student with a baseball bat, a shooting incident in Middle Region and a fatal stabbing in St. Peters, just to name a few.

“During a disaster your mind is so focused on surviving that it tends to function on ‘automatic pilot.’ After things calm down in four to six weeks, your mind gets the chance to realise what happened.

“At this point some people can go into shock. Some people can experience numbness and/or denial at first. After this initial shock, other stress reactions can be experienced. These could be having flashbacks, negative mood changes, dissociative symptoms (not aware of your surroundings), avoiding situations and getting easily irritated or becoming aggressive,” stated Veltman.

Police believe that aggression can increase when people have unhealthy coping styles, such as drinking alcohol or using drugs. Human resilience dictates that the majority of survivors will naturally recover from disasters over time. They will move on without having severe, long-lasting mental health issues. Certain factors increase resilience after disasters, according to police.

“An important factor is the severity of the exposure. At highest risk are those that go through the disaster themselves. Injury and life threat are the factors that lead most often to mental health problems.

“Other risk factors to develop PTSD [post-traumatic stress disorder – Ed.] have to do with the age, gender, culture, the network and other factors specific to the survivor. (Mental Health Effects following Disaster: Risk and Resilience Factors, 2015 and DSM-5, 2013).

“According to American research, between 30 and 50 per cent of the people who experienced a hurricane (natural disaster) develop post-traumatic stress and need psychological guidance,” stated the police on Sunday.

People with developing stress symptoms without the necessary help show an increase in these symptoms. For instance, aggression-like symptoms will become worse and can endanger the individual or his or her environment.

The Police Force and psychologist Veltman advise persons who seem to be experiencing these issues to immediately seek professional help when stress reactions are very severe and do not decrease over a period time or even become worse.

“Ask your general practitioner (house doctor) for a referral to a professional. A lot of people lost their jobs after these major hurricanes. According to research, crime increases with poverty,” stated Veltman.

“Study shows that caregivers as well as youth can commit crime. It is important to keep an eye on those who go through a difficult time. Be there for each other and help your direct environment/neighbour. Emotional support can reduce stress and help people to cope better with the situation.

“It is important during stressful times to not neglect children. It is common that youth who committed crimes have been physically and or emotionally abused or neglected. ‘It takes a village to raise a child.’ Give children positive attention and try to be available for them. Children can be happy with less, but they always will need emotional support.

The Police Force will support and will work together with any and all other instances who have taken this issue very seriously in the benefit of the community,” concluded the police statement.