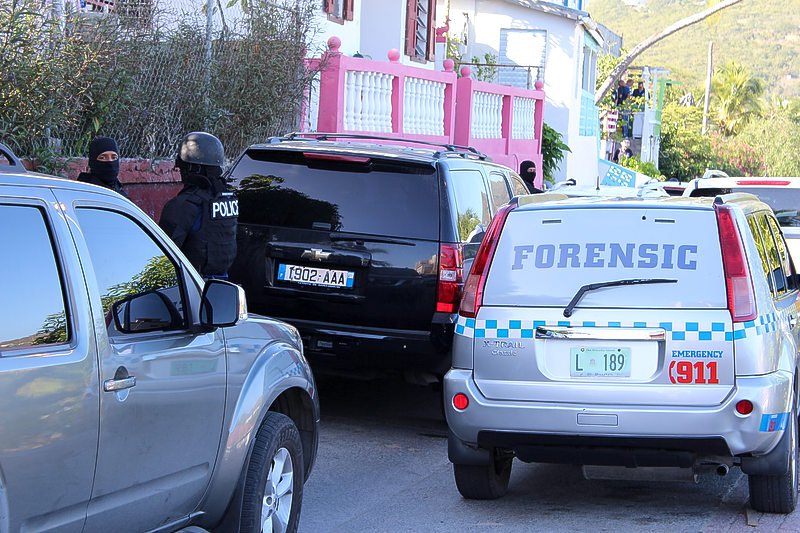 PHILIPSBURG–Police continue their fight against illegal firearms on the streets as they raided a home in Fort Willem on Wednesday afternoon. One man is in custody after officers found a loaded weapon at his home.

Dressed in full protective gear, members of the police’s A-Team stormed inside the home of R.B. and started searching the home. The Justice K-9 Unit was able to locate the gun and the weapon was immediately confiscated.

Public Prosecutor spokesman Gino Bernadina confirmed that information was received that the man had a gun in his home. Police acted on the tip and the action resulted in one arrest and another illegal firearm off the streets.