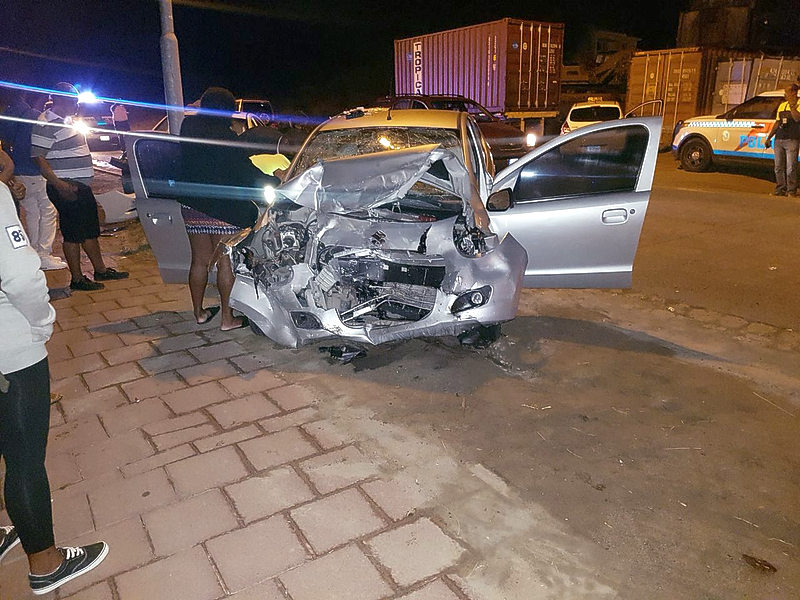 PHILIPSBURG–The Police Department is investigating traffic accidents where persons were injured during the long Easter weekend. On Saturday, April 15, at 2:15am, a serious traffic accident took place at the intersection of Sucker Garden Road-Guana Bay Road between two vehicles, a grey Suzuki and a white Hyundai Sonata, in which both drivers were injured.

The driver of the Suzuki, who was driving on the Sucker Garden Road in the direction of Arch Road drove too much to the left side causing the impact with the other vehicle that was coming from the opposite direction.
Both drivers, including all six passengers, were taken to the St. Maarten Medical Center for further treatment of their injuries. On the same day, at approximately 3:45am, a collision took place between two cars on the Welfare Road in the vicinity of Texaco Starmart.
The driver of the vehicle with licence plate P-8686 while driving on the Welfare Road in the direction of Kruythoff Round-a-bout made an abrupt left turn to drive into the gas station while at the same time, the vehicle behind with licence plate P-2267 could not stop his vehicle in time and collided with the left side of the vehicle in front. Passengers in the vehicle suffered minor injuries. Police are investigating both accidents.