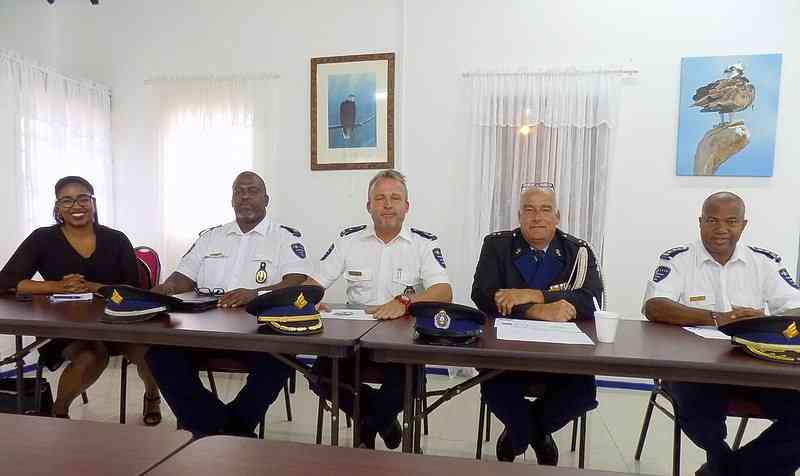 ST. EUSTATIUS–Police Force Caribbean Netherlands KPCN reported an increase in violent crimes and fewer crimes committed against property, such as burglaries and thefts, during a presentation of St. Eustatius’ crime and traffic statistics for the year 2017.

Violent crimes on Statia have seen an increase in 2017, during which there were 56 violent crimes, compared to 48 in 2016. Domestic violence and cases of threat have also increased.

Last year there were 14 assaults, three assaults with weapons, 18 threats and six incidents of domestic violence.

With two reported cases December was a relatively quiet month, whereas with seven crimes in each month January and July were the most violent months of the past year, Van Velzen stated.

Chief van Velzen said during his presentation that property crimes showed an overall decrease in domestic burglaries, burglary in businesses and thefts.

Overall there were 36 property crimes reported last year, compared to 49 in 2016. There were two domestic burglaries, eight commercial burglaries, 12 general property thefts, one theft related to scooters, motorcycles or quads, two thefts from vehicles, one crime related to misappropriation and 10 destructions of property incidents reported to and investigated by the Police.

The Police reported some bad news where traffic incidents were concerned. The number of collisions with injuries had dropped, but overall traffic accidents had shown an overall increase.

There were no fatal accidents last year. Traffic accidents happened throughout the year, with nine accidents reported in May, which was the busiest month for the traffic police. March was the only month in which no accidents were reported.

There were seven drug incidents reported in 2017. In January there were four cases of Police intervention for drugs, two in May and one in February.