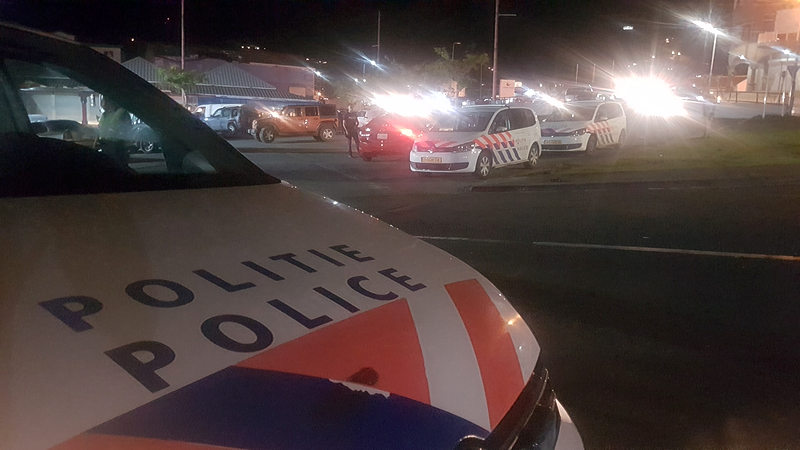 PHILIPSBURG–Police resumed their extensive motor vehicle controls on Wednesday with the assistance of the police forces of the Netherlands, Aruba and Curaçao, the Royal Marechaussee, and the Voluntary Corps of Curaçao VKC and St. Maarten VKS.

The controls took place at the roundabout at the Zagersgut and Illidge Roads and the Churchill roundabout, where a total of 40 private vehicles were stopped for illegal tint on their windows, which was removed.

Seven scooters were confiscated because the riders did not have valid documents for them and one stolen car which was confiscated for further investigation. Three arrests were made by officers, one for theft, one for public intoxication and not following instructions of a police officer, and one for possession of drugs and a weapon.

A total of 80 vehicles were checked on the Bush Road for illegally tinted windows and the tint was also removed from these vehicles.

Controls continued on Thursday at Tata roundabout in Dutch Quarter and in the Philipsburg area where 95 vehicles were checked. During these controls, fines were given for illegally tinted windows from which the tint was were removed, driving without a licence, driving under the influence of alcohol and driving without proper documentation for these vehicles.

The bike patrols have been very active in the Philipsburg area bringing the sense of safety back to the capital. A total of nine vehicles were checked for illegally tinted windows, which were removed, and other traffic violations. These controls will continue indefinitely, according to police on Thursday.