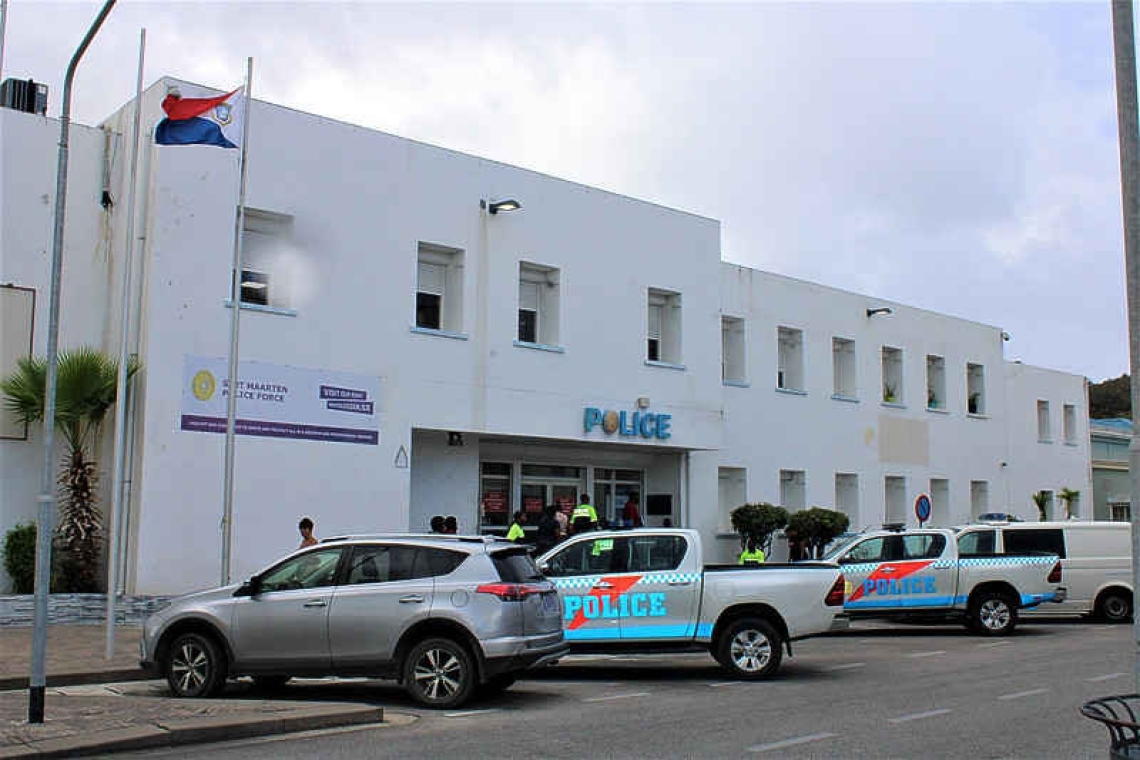 ~ KPSM does not have a body search protocol ~

PHILIPSBURG–Chief of Police Carl John and Chief Inspector Benjamin Gout have admitted that individuals were detained and forced to disrobe completely at the police station for no valid reason and without permission from the District Attorney or Judge-Commissioner.

The victims are a woman and a man. It concerns two separate arrests in unrelated cases, the woman’s case being a domestic dispute and the man’s an alleged refusal to obey a police officer’s stop signal.

Both suspects have successful careers, one as an entrepreneur and the other as a salaried manager. There is no indication that either one was carrying a weapon or drugs; if there had been a suspicion of this, it would have been reason to ask the assistant prosecutor or examining magistrate for permission to inspect the naked body. That request was not made by the police.

“I was escorted to the bathroom located opposite to the Detective Department’s office,” said the woman, a single mother who is director of her own business and had never been arrested before. “I was asked to strip completely naked in the presence of the female officer who was standing in the open bathroom doorway.

“To make this humiliating experience even worse, I was also on my monthly period. Although I informed the officer about this, I was still asked to pull down my underwear so that she could see my genitals and verify that I was indeed on my period.”

The woman said she felt “utterly mortified, defamed and ashamed.” She then had to spend the night in the police cell. A mother of minor children, she remained detained for several days.

Less than three weeks after the unlawful acts that were ordered by a male police officer, the manager of an establishment in Philipsburg was arrested after he and his girlfriend drove by an accident on the public road in the early hours of the morning, while it was dark. According to police, the driver ignored a stop signal.

When asked, a police officer in training stated to the chief inspector that the suspect had driven into police officers. The suspect and his girlfriend denied this. However, it has been established that violence was used against the man “when he refused to get out of the car.”

The statements of the suspect and his girlfriend, the police officers present and the St. Maarten Police Force KPSM management differ about what happened on the street and then in the police station.

Chief Inspector Gout did apologise on behalf of Chief of Police John for the fact that the man had to strip naked in the police station and make squat movements in front of a police officer. The “search” should not have taken place because no permission had been given, the police leadership acknowledged.

The suspect, who had never been in a similar situation before, stated that when he had almost completely undressed, he asked the police officer whether he should also take off his underpants. “The officer then slapped him in the face so hard that he undressed and hit his head against the wall,” said lawyer Geert Hatzmann on behalf of his client.

It was the second time that night that the man had received a blow to the head: while he was forcibly dragged from his car, “lying defenceless on the ground and offering no resistance, one of the cops in training kicked with her work shoe with steel nose with force against his head,” said his lawyer.

Chief Inspector Gout, who was not present when the man was arrested, acknowledged that the man had suffered head injuries during his arrest, but said that this had a different cause.

“The officer grabbed you, pulled you out of the car and placed you on your stomach on the ground to handcuff you. Your head hit the ground, which left you with a bruise,” Gout wrote in a letter to the victim in which KPSM management apologised for the unwarranted humiliating treatment at the police station.

On Tuesday, November 22, the KPSM management thanked the victim for his complaint to the KPSM Internal Affairs Bureau. “This makes it possible for me to investigate whether the rules are being implemented correctly and if not, to make improvements,” Gout wrote on behalf of the Chief of Police. “I have ordered a protocol to be made for searches of arrested suspects.”

The woman victim also filed a complaint, which received a similar reply.

The lawyer for both victims calls it “amazing and disappointing” that the police believe that it is sufficient to apologise and reprimand the police officers involved. “Not only is the misconduct committed by these police actresses inappropriate and immoral, it is downright criminal.

“If a police officer, from his position of power, forces a detainee who is in a subordinate position, with no other purpose than to humiliate that person, to strip completely naked and to make bowing movements naked, then there is clearly a sado-masochistic setting.”

In both cases, according to the lawyer, there is “fornication, torture and ill-treatment.” “Inevitably the question arises whether clients’ cases are just the tip of the iceberg,” said the lawyer, who has a third client who experienced the same. This woman was forced to bend over.

Hatzmann argued that KPSM is responsible “for the appalling misconduct committed by employees of the force by virtue of their position and notably in the service building” against persons without a criminal record. “The police force is liable for the damage suffered by the victims,” the lawyer concluded.

The KPSM management is requested to make a proposal for compensation of his clients.