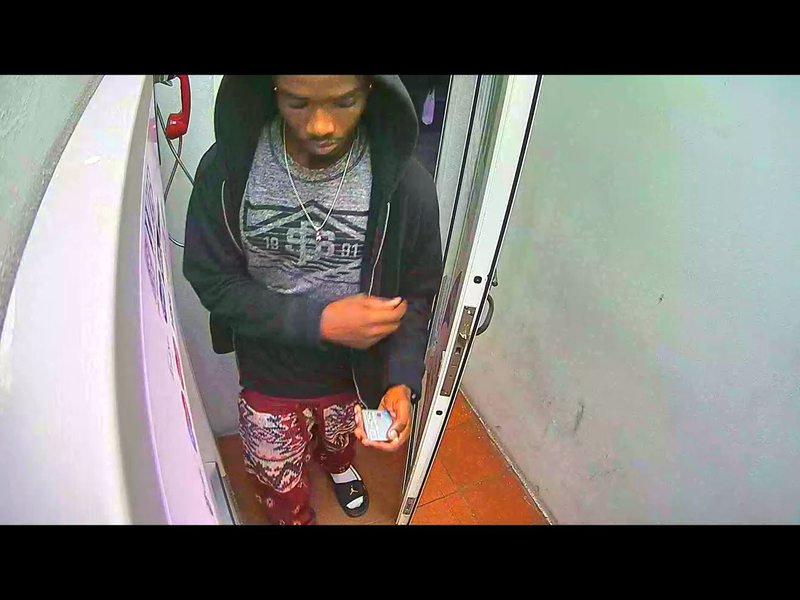 PHILIPSBURG–Police have turned to the public to help them identify a suspected armed robber, who was one of four persons who committed “a very violent” armed robbery/home invasion at a home in Pelican on the evening of December 7.

During that robbery, the four masked and armed men forced their way into the home, assaulted the occupant and stole items, such as the victim’s bank and credit cards.

On Sunday, police released photos of one of the suspects using the stolen bank/credit card at Automated Teller Machines (ATMs) located at different locations on the island.

Detectives are asking anyone, who can identify the suspect in the photo or may have relevant information related to the robbery/home invasion, to immediately get in contact with the police department by calling tel. 542-2222 ext. 203, 204 or 205. Members of the public can also leave a message on the Police’s Facebook page or call the police’s anonymous tip line at tel. 9300. “Together as a community we can unveil and combat many dark areas within the line of crime and criminal activities,” Police spokesperson Chief Inspector Ricardo Henson said in a police press release on Sunday.