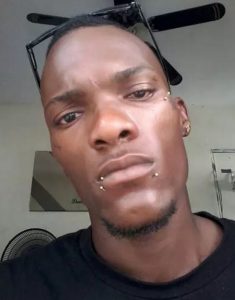 PHILIPSBURG–Detectives are still trying to find leads to apprehend the person(s) responsible for killing Alrico Dolphin on Soursop Road in St. Peters on September 4.

A source close to the investigation informed The Daily Herald that most of the persons to whom police speak are tight-lipped about the shooting and detectives are having a hard time closing down on suspects as Dolphin was well known to police in past offences. Police request that witnesses come forward and call the tip line 9300 or the direct line 542-2222 ext. 106.

The Police Emergency Dispatch received several calls about gunshots being fired in St. Peters just after 12:00am September 4. Several police patrols, paramedics, detectives and the Forensic Department were sent to the scene immediately to investigate what had taken place, police spokesman Chief Inspector Ricardo Henson said in a release to the media at the time.

On the scene the investigating officers located Dolphin lying on the street next to his car, bleeding from gunshot wounds and not showing any signs of life. The area was closed off immediately and a crime scene was established. The Forensic Department collected evidence and detectives spoke to potential witnesses.

Omar Jones was gunned down by a fellow inmate at the Pointe Blanche prison on Wednesday, August 31. Alexandro Hodge was stabbed in Dutch Quarter on Thursday by F.B., who is currently in police custody. Hodge died at the scene.