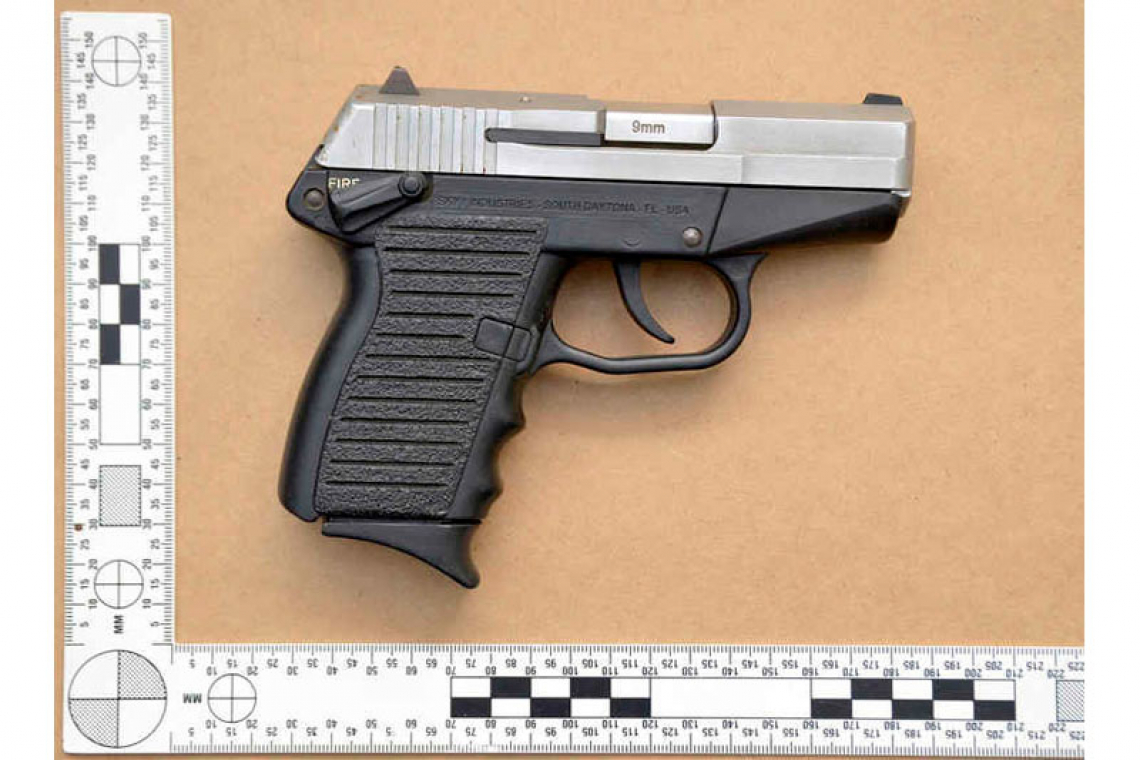 The gun that police took from the suspect’s home.

PHILIPSBURG–L.B.C. (38) was arrested by the Alpha Team on Tuesday. A firearm was found during a search of his house in relation to drug smuggling.

Apart from illegal possession of a firearm and ammunition, the man is charged with import of narcotics through Dr. A.C. Wathey Cruise and Cargo Facilities on July 26 and August 9, 2022.

Police confiscated the weapon and other items at the house that are relevant to the investigation. C. remains in police custody and will be brought before the examining judge on Friday.

The Alpha Team is a multidisciplinary team that comprising members of the St. Maarten Police Force KPSM, the Customs Department, the Immigration Department, the Marechaussee and the Coast Guard.