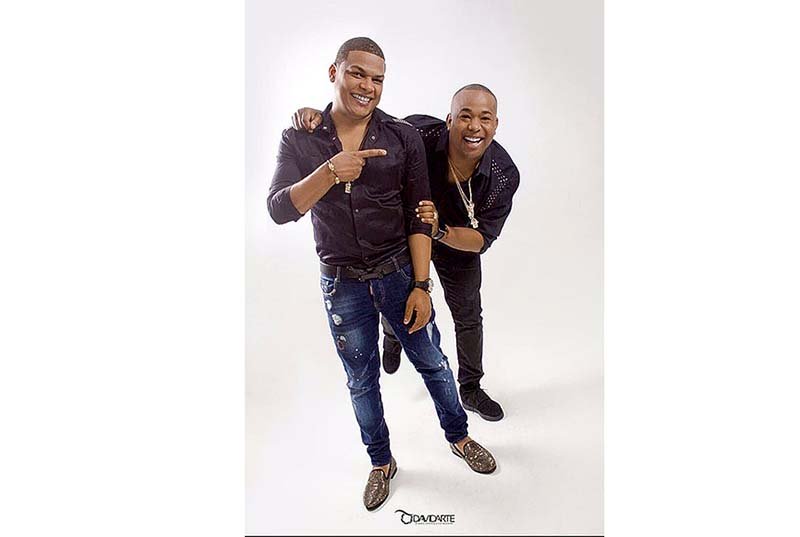 Two of the biggest MCs/deejays in the Dominican Republic, DJ Popi and DJ Profeta, have been added to the line-up for Noche Latina.

CARNIVAL VILLAGE–Two of the biggest masters of ceremonies (MCs)/deejays in the Dominican Republic, DJ Popi and DJ Profeta, have been added to the line-up for Noche Latina in Carnival Village on Sunday starting at 8:00pm.

Noche Latina is presented by Presidente beer in collaboration with St. Maarten Carnival Development Foundation (SCDF). The night will feature artistes exclusively from the Dominican Republic.

Organisers are certain that the inclusion of Popi and Profeta will add even more excitement to the show, as both are known for their hype and funny skills and as MCs who can keep a show entertaining. They are the most sought-after MCs in the Dominican Republic, hosting their own shows and concerts, in addition to being top-notch deejay talent on the party scene in that country.

Popi and Profeta will be joined by St. Maarten’s own deejay/MC tandem DJ Eagle and DJ Ricky, no strangers to Latino concerts and the party scene in St. Maarten.

Under the theme “Siente La Musica!” or “Feel the Music,” Presidente and SCDF will present two artistes who fall under the “urbanas” genre, two “bachateros” and one salsa band that will “have the public dancing all night,” according to SCDF.

Taking the stage will be urbana stars Shadow Blow and Mozart La Para, popular salsa band Revolucion Salsera and legendary bachata singer Luis Miguel del Amargue. Bachata singer Yoskar Sarante was also on the line-up, but has fallen ill and will no longer be performing. He has issued an apology to his fans via video that will be posted on SCDF’s Facebook page.

“We are very excited about this show and very pleased to be able to partner with CC1 and Presidente beer for this concert. The Latin music genre is still one of the biggest in the world and it’s an integral part of St. Maarten Carnival,” SCDF President Alston Lourens said.

“It isn’t just the Spanish community in St. Maarten that looks forward to this show, locals as well, as do our visitors from Aruba, Curaçao, South America and Miami. The line-up for Noche Latina is filled with top-class artistes with hits after hits. It will be a fun and energetic night for sure.”

Tickets are on sale in advance only at the Carnival Village office for US $40 and will go up to $50 on the day of the show.