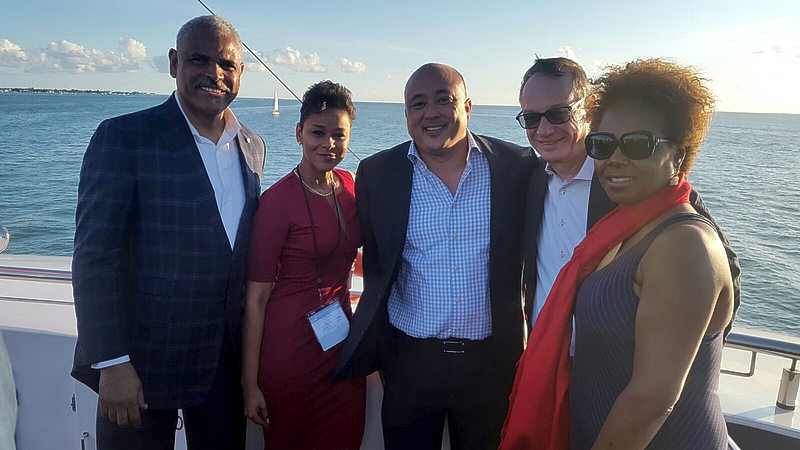 MIAMI, Florida–Port St. Maarten says it expects an increase in cruise passengers come the 2017-2018 high season. This is based on talks with cruise executives at the Executive Partner Summit of Cruise Lines International Association (CLIA) in Miami, Florida, that comes to an end today, Tuesday.

The Port delegation is led by Chief Executive Officer (CEO) Mark Mingo. He met with a number of cruise executives at the summit who have committed themselves to increasing cruise passenger numbers to the destination in the coming season.

“As ships are getting bigger, we need to answer the challenges on dealing with the size of vessels and making the necessary investments that would allow us as a leading port of call to stay up to par,” said Mingo.

Shore excursions are an essential point. The construction of the Rain Forest Adventure Park will be an asset in increasing our destination experience, said Mingo. “I would like to remind all stakeholders that the promotion of the destination by travel agents remains the key as well as the functioning of the St. Maarten Tourism Authority,” Mingo said.

The port executive also congratulated incoming CLIA Global Chairman Arnold Donald, CEO of Carnival Corporation & plc, who will take up his post as of January 1, 2017. Donald was appointed by the CLIA Board of Directors and succeeds Adam M. Goldstein, President and Chief Operations Officer of Royal Caribbean Cruises Ltd., who served as CLIA Global Chairman since January 2015.

“We wish him much success with this new appointment as an advocate for the global cruise community,” Mingo said in a press statement.