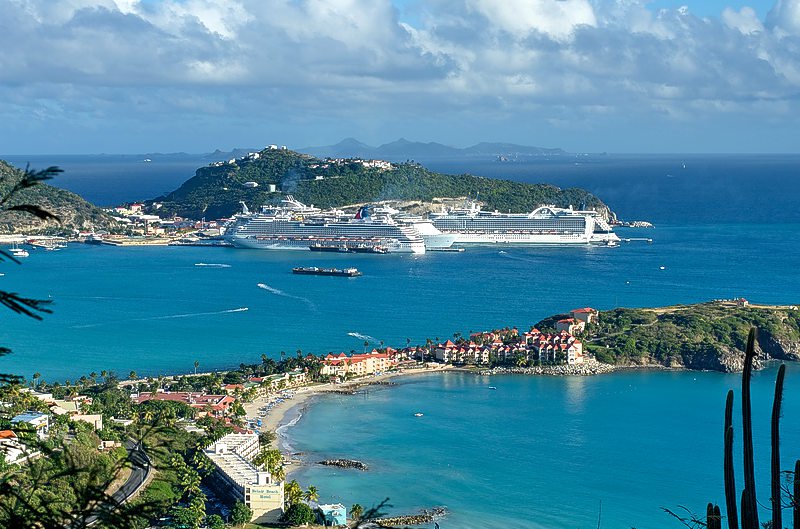 POINTE BLANCHE–A 4.6 per cent growth in cruise passenger arrivals to the country has been reported by Port St. Maarten for January through April. This translates into a total of 833,755 passengers via 324 ship calls.

April’s arrivals grew by 35 per cent more than the projected figures for that month, according to the Port.

The projection for the off-season is similar to the same period in 2016. “We are hoping for a continued above average occupancy on the cruise ships. Vessel size and occupancy determine actual numbers versus forecast,” said Port Chief Executive Officer (CEO) Mark Mingo.

The Cruise Lines International Association (CLIA) recently released its first Cruise Industry Consumer Outlook of 2017 that revealed traveller insights, outlooks, and attitudes regarding cruising and land-based travel. Cruise travel is becoming more popular and awareness more favourable among all types of travellers. Of those asked, nearly two-thirds (64 per cent) said their overall awareness of cruise vacations has improved within the last two years.

Within the last four months alone, 30 percent of respondents said their awareness of cruising and ship-based excursions “increased greatly” compared to a year or two ago. In terms of perception, the overwhelming majority of travellers have a positive attitude toward cruising.

The cruise industry is feeling the positive traveller attitudes toward cruises, the Consumer Outlook 2017 report said. The number of vacationers who are interested in taking a cruise is up to 63 per cent. According to the report, travellers have a solid interest in both ocean cruising (50 per cent) and river cruising (30 per cent).

Mingo issued an appeal to destinations in the Eastern Caribbean: “The region has to step their game up to attract more demand. Cruise executive itinerary planners plan two years plus in advance. I am appealing to industry partners in the Eastern Caribbean to improve their products so we as a region overall can compete against the other emerging markets.”

Cruise principles don’t plan itineraries based on one or two good destinations. The chain of destinations on the route must be satisfactory to the lines but most important their esteemed passengers, he added.

“The developments at the Rainforest marque tour will be positive for our growth prospects moving ahead. The fact that the park may also create a record by being the steepest in the world will also create positive attention for the destination,” Mingo said.

CLIA, the world’s largest cruise industry trade association, in its 2017 State of the Cruise Industry Outlook, pointed to an increase in cruise travel to continue throughout 2017, with an estimated 25.3 million passengers expected to sail in 2017, a strong surge from 15.8 million just 10 years prior (2007). More ships will set sail in 2017 as well.

CLIA reported that cruise lines are scheduled to debut 26 new vessels in 2017 for a total investment of more than US $6.8 billion; and from 2017 to 2026, the industry is expected to introduce a total of 97 new cruise ships totalling an estimated investment of $53 billion.