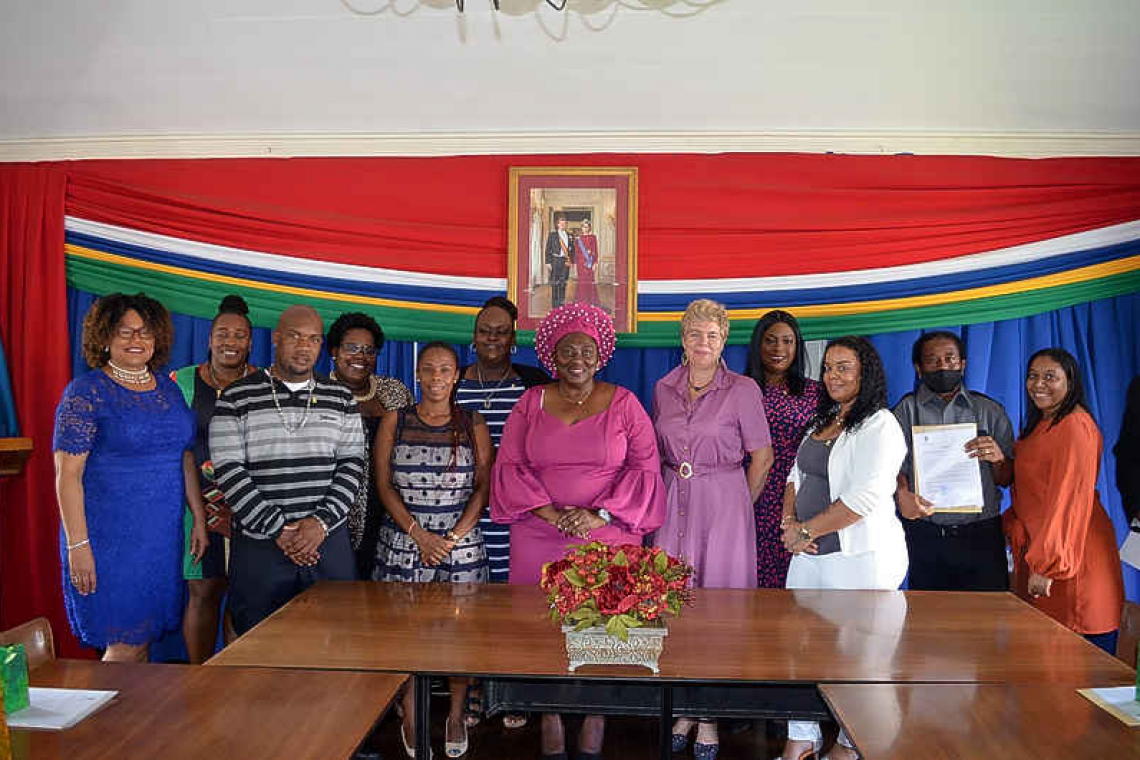 One of the first official acts of new Government Commissioner in St. Eustatius Alida Francis and Deputy Commissioner Claudia Toet was overseeing the oath of office of 11 new civil servants during a ceremony at V.A. Lopes Legislative Hall on Friday, June 18. Most of the new civil servants will work in the security detail and three in administration.

The government commissioners said the portfolios had been divided based on preference, strengths and precedence.