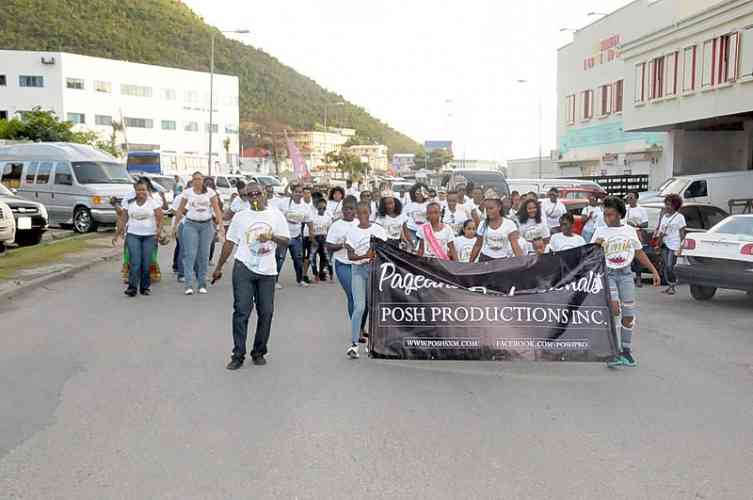 A large group of persons came out to support Saturday’s 1,000-women march hosted by Posh Productions and Carnival Queens of the island.

PHILIPSBURG–Posh Productions, under its branch foundation SXM Girls Rock, and the current Carnival Queens of both sides of the island launched St. Maarten Unite in December last year and hosted a 1,000-women march on Saturday to create more positivity amongst the community.

The campaign’s focus is to spread positive thoughts and actions towards one another in the community, according to Posh founder Anna Rabess-Richardson. She said Posh and the Queens have taken notice of an increase in general negativity, discontent and overall gloom being shared via social media and other outlets on the island.

“The campaign continues on social media whereby participants of the campaign are asked to take a pledge to post positive quotes via all media streams and display politeness and positivity with any- and everyone they come in contact with. The core objective of Saturday’s march was to promote unity within the population. Let us band together to help one another how we can. Spread love, hope and togetherness while decreasing the bashing, blame and demotivating of one another,” said Richardson.

The group is working on organising a men’s march for Fathers’ Day. More information will be released at a later date.