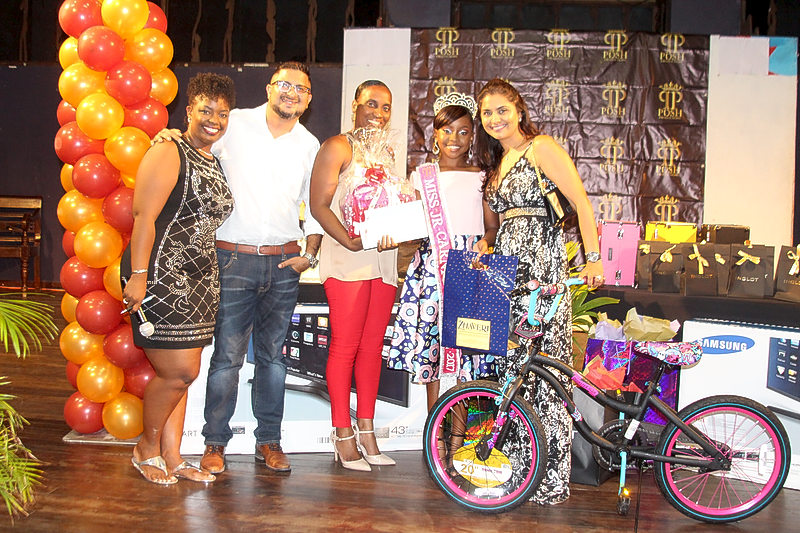 PHILIPSBURG–Posh Productions hosted its gifting ceremony for the 2017 Carnival Queen Pageant winners at the Philipsburg Cultural Community Centre this past weekend. Sponsors and family members gathered along with the winners to hear what they had won. The queen shows were held in April during Carnival season.

Posh Productions, the self-proclaimed “Pageant Professionals,” is the brainchild of two former pageant queens: Anna Rabess-Richardson and Cassandra Weekes-Jeffers. Rabess-Richardson is the founder, president and CEO of Posh Productions Inc. It is an entertainment agency established in St. Maarten with a dedicated goal to provide and promote wholesome entertainment in the areas of fashion, arts, music, theatre, pageantry and all other forms of unified community enhancement events.

Its core objectives include assisting and strengthening St. Maarten’s entertainment and tourism industry through highlighting the island’s cultural heritage and natural talents with promotional packages and advertisements that will draw participants, spectators and viewers locally, regionally and internationally.

Rabess-Richardson thanked all the participants in the shows and looks forward to the 2018 pageant season.

University of St. Martin (USM) gave the biggest prize of the night to Senior Queen Shanice Powell. She received a full scholarship from USM to further her education. Rabess-Richardson hopes USM can continue supporting Posh in years to come.

With education and philanthropy being at the core of its vision and mission, Posh’s themes and prizes will target representatives who are also interested in educational and professional advancement; improving public speaking, interview and people skills; and developing their community involvement by actively participating in service organisations for the betterment of the contestants and St. Maarten.