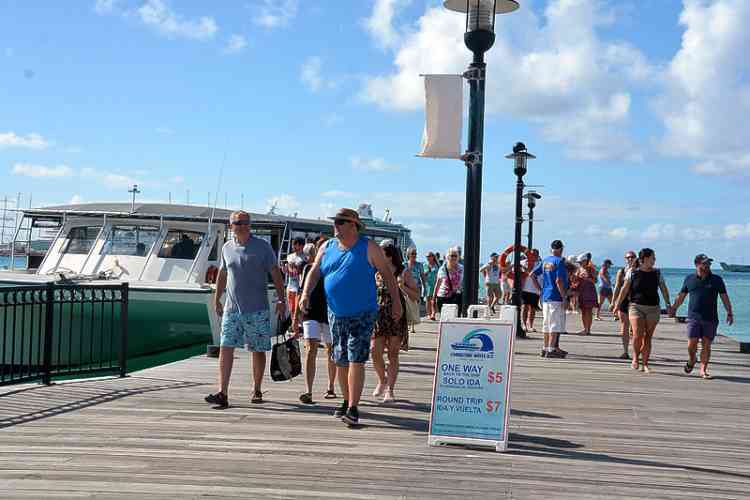 POND ISLAND–Government is heading into the half-year mark without an approved budget for the year. However, the economy continues to perform with a projected positive economic growth based on the developments of the first quarter of 2019 in comparison to 2018.

The production levels of 2019, even though estimated to be higher than 2018, are still below the pre-Hurricane Irma period.

Economic Affairs Minister Stuart Johnson told the press on Wednesday that the country’s gross domestic product (GDP) is set to grow by seven per cent for this year in comparison to the previous year.

For an economy mainly driven by tourism activity, the projected continuation of “exemplary performance” of the tourism sector through the rest of the year as well as realisation figures for the first quarter “will inadvertently trigger activities in other productive sectors of the economy with further support from the construction, utilities and transportation sector,” Johnson said in the Council of Ministers press briefing.

For the first quarter of 2019, stayover arrivals increased by 142.1 per cent when compared to the same period of 2018. Actual stayover increased from 35,496 persons to 85,937. This trend is projected to continue throughout the year due to increased airlift into the country, proactive destination marketing and event-tourism campaigns, and growth of hotel rooms.

Stayover arrivals for this year are projected at 385,139, an increase of 118 per cent when compared to 2018. “Providing economic trends remain constant, this performance will inevitably boost other sectors, leading to the projected growth in the economy,” Johnson said.

The cruise sector has a growth of 84.4 per cent for the first quarter of this year when compared with the same period of 2018. The estimated cruise passenger arrival is tagged at 1.7 million for this year, an 11.4 per cent increase in comparison to the previous year.

The export of goods and services is projected to increase by some 39.6 per cent for this year, due to growing external demand. This represents an increase of NAf. 527.8 million from trading with other countries.

Imports into the country are set to increase by 7.2 per cent this year.