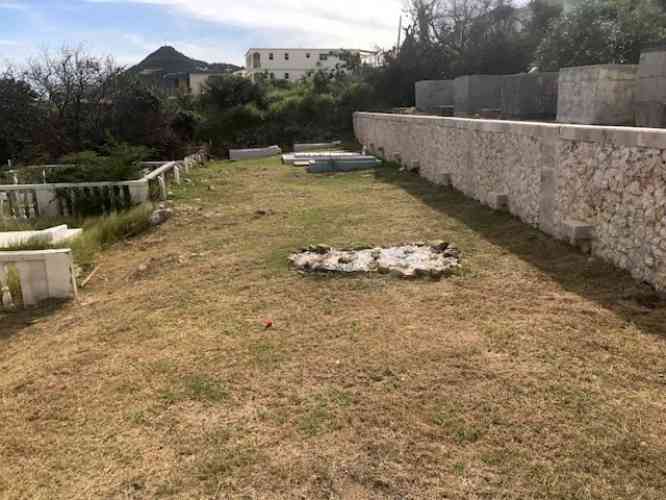 PHILIPSBURG–Police received a complaint this week about a possible illegal burial at the Cul de Sac cemetery. In December, staff at the cemetery noticed an unmarked grave in the Jewish burial section of the property.

A concerned citizen reported to police investigators on Wednesday that he had contacted the Ministry of Public Housing, Spatial Planning, Environment and Infrastructure VROMI Department of Infrastructure for an explanation about the grave, but that he had been told that no permission had been given to anyone to bury a person or anything else there.

The Daily Herald understands VROMI is responsible for maintenance of the cemetery.
According to the complaint, the possible grave is just covered with small white stones. It has a black gardening mesh under the rocks with 15 holes for small jasmine plants that are planted in the soil through the mesh.

The overall length of this grave is less than five feet. “There is no indication of who it may be or what may be buried there, but the only thing we know for sure is that the grave was not there at the end of November,” according to the complaint filed with the police.
Police will have to go to the gravesite and request more information from VROMI before forensics officers are called to investigate in case a human skeleton is found.