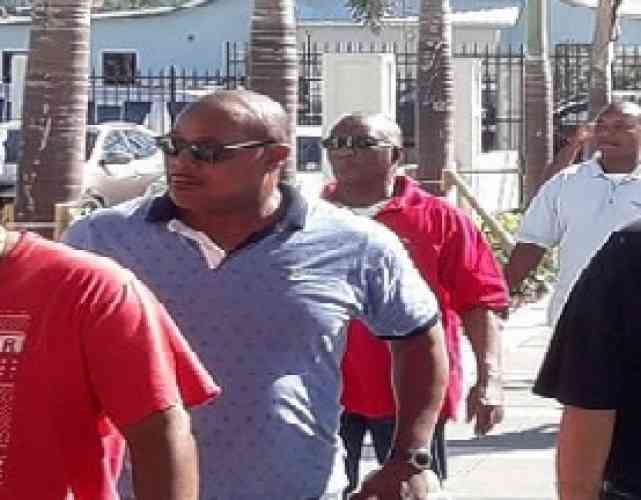 PHILIPSBURG–Postal Services St. Maarten (PSS) is downsizing its operations in an effort to keep the company afloat.

Eight of the organisation’s roughly 22 employees will be let go in the process. PSS will also focus solely on its core business, which includes mail delivery and parcel shipment amongst other basic services.

St. Maarten Communications Union (SMCU) President Ludson Evers told The Daily Herald on Monday that PSS has been having financial challenges for some time now, compounded by Hurricane Irma which destroyed its building in Philipsburg on September 6, 2017. PSS, backed by the union, lobbied the former National Alliance (NA)-led government to step in and assist PSS with the payment of the salaries of workers at one point.

The sitting government subsequently got involved in the process and it was decided that it is best to keep the Post Office functioning, but for this to happen, PSS had to “slim down” its operations, as its financial situation was unstable. PSS has about 22 workers and eight of them would have to be let go, Evers said.
An audit of PSS was requested and it concluded that PSS should concentrate on its core business, reduce the number of employees and slowly try to build back up the business.

The new PSS organisation would need 14 persons. Evers said SMCU had a social plan in place with PSS management since 2012. He said management is respecting the document and is using it as a guideline as it downsizes. A committee was formed with officials from government, management and the union to make the process as smooth and transparent as possible.

“The workers were informed from day one what is happening and where the company is going,” Evers said.

A downsizing agreement was also signed with the company at the end of August. Workers were first given a chance to opt for voluntary “leave” and some have expressed interest in this. Some were granted their request based on the selection criteria. Some were not. The eight employees have since been selected and the information was communicated to them recently.

Evers said the company had respected seniority in the process as well as the “first-in, last-out” process. All employees who will be let go will be given termination packages according to the social plan. An Appeals Committee consisting of three independent persons (one chosen by the union, one by management and one jointly by the two) was also established for employees who want to contest the decision of management.

Evers said the union is so far satisfied with the progress of the process. “The union is going along with this process because it is best that the company survive than for it to go bankrupt. It is a very open and transparent process,” Evers said, adding that the entire process is expected to be finalised by October 1. PSS is currently operating in a building located opposite its original location.