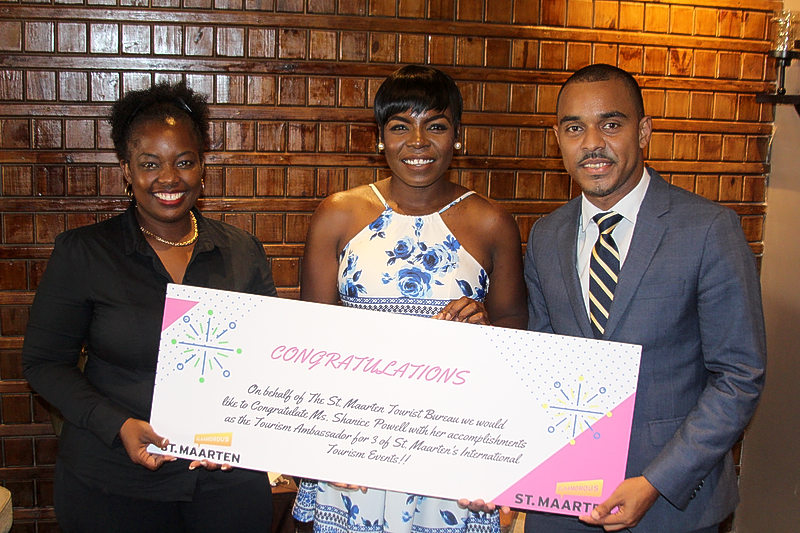 PHILIPSBURG–Carnival Queen Shanice Powell was surprised by Posh Productions on Wednesday when she was informed that she will be representing St. Maarten as a Brand Ambassador and attend the upcoming Florida-Caribbean Cruise Association FCCA conference in Mexico, the Caribbean Tourism Organisation (CTO) state-of-the-industry conference in Grenada and World Routes show in Barcelona later this year.

St. Maarten Tourist Bureau (STB) head Rolando Brison congratulated the queen on her win and said she would be a great Brand Ambassador. Posh Productions Chief Executive Officer (CEO) Anna Rabess-Richardson said she had approached STB with the idea for this year’s queen to be a brand ambassador and had been surprised Brison’s positive responsive.

Richardson thanked St. Maarten Carnival Development Foundation for its continued support and said Powell has a busy year ahead. She will be competing in three pageants abroad besides the three conferences.

“The Ministry of Tourism is happy to support Posh with this and the Minister believes in having representation abroad from people who know about the island and Miss St. Maarten is the best person who can talk to the outside world about our great island,” said Brison.