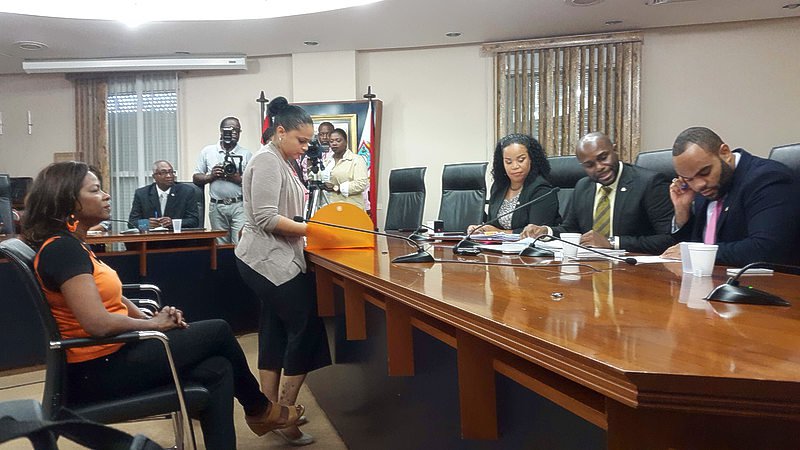 PHILIPSBURG–Gracita Arrindell, leader of the People’s Progressive Alliance (PPA), said after handing in her slate of 14 candidates that the party is focused on taking care of the people. The slate was handed in to the Main Voting Bureau this morning.

It was time, she added, for politicians to recapture the trust of the people. Looking to 2020, it is “imperative” to have candidates and leaders who will “be with the people always” and not only just before and during an election campaign.
The list she heads has the right people to better the country.
Following Arrindell on the list are Philip van Delden, Charles Jeffrey Richardson, Cleopatra DayDay-Halley, Les Brown, Patrick Eugene Williams, Anne Franchesca Arrindell, Armando Gumbs, Angelina Williams-James, Frendsel Rimon, Regina Janga, Don Hughes Jr, Johan Zwart and Edwin “Ed” Gumbs.
PPA does not have representation in the current Parliament. Its list will be up for endorsement tomorrow, Tuesday, at the Civil Registry on Pond Island from 9:00am to 4:00pm.