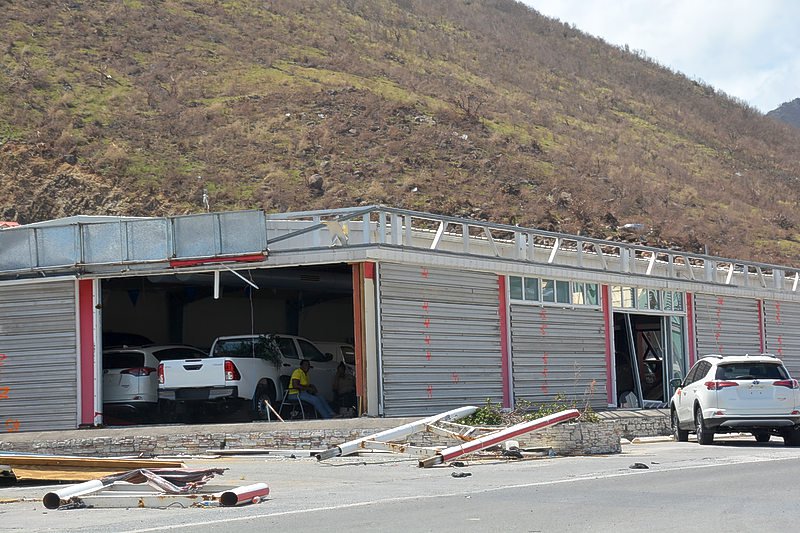 PHILPSBURG–All businesses in the country’s capital of Philipsburg have suffered damages from the catastrophic winds of Hurricane Irma and in some cases also from the widespread looting that followed, the Philipsburg Promotional Board (PPB) said on Wednesday.

“There is a great deal of disappointment among merchants that the capital. Philipsburg was not protected against robbers in their places of business, which went on for days and will now cause many stores to delay reopening for greater extended periods,” PPB President Valentin Davis said in a statement to the media.

He said the business community is resilient and ready to rebuild and open for business, but noted however, that it is imperative that government acts swiftly to protect property and businesses in Philipsburg and throughout the island, so as to protect jobs and the economy from deteriorating any further.

PBB issued a call for a social and economic recovery body for the country to help with the rebuilding efforts of the island in the wake of hurricane Irma.

“With our island having suffered badly, both socially and economically by hurricane Irma, which has caused everyone to be affected significantly in their homes and businesses, PPB proposes that authorities set up a broad-based social and economic recovery body, made up of members from the various business industries, social and business organizations,” PPB President Valentin Davis said on Wednesday.

He said such a body can be an essential vehicle in advising government on how best to return its people to proper living environments and to jump-start the island’s tourism economy timely and efficiently.

“Businesses in Philipsburg are confident that now more than ever is the time for government to invest in an organised and detailed manner in its capital and to put in all the proper essential infrastructures and policies in its rebuilding programme to make Philipsburg an ideal commercial and social center,” he said. “PPB is of the opinion that now is the time for government to implement an effective tourism, economic and structural plan for Philipsburg and the island, so that the country would be in a position to capture the 2017/2018 tourist season.”

PPB commended the hurricane disaster management team and the many volunteers in the community whom it says have been working hard during and after hurricane Irma. “PPB feels that it’s important that government gets everyone on board in an organised manner to rebuild St. Maarten socially and economically.”