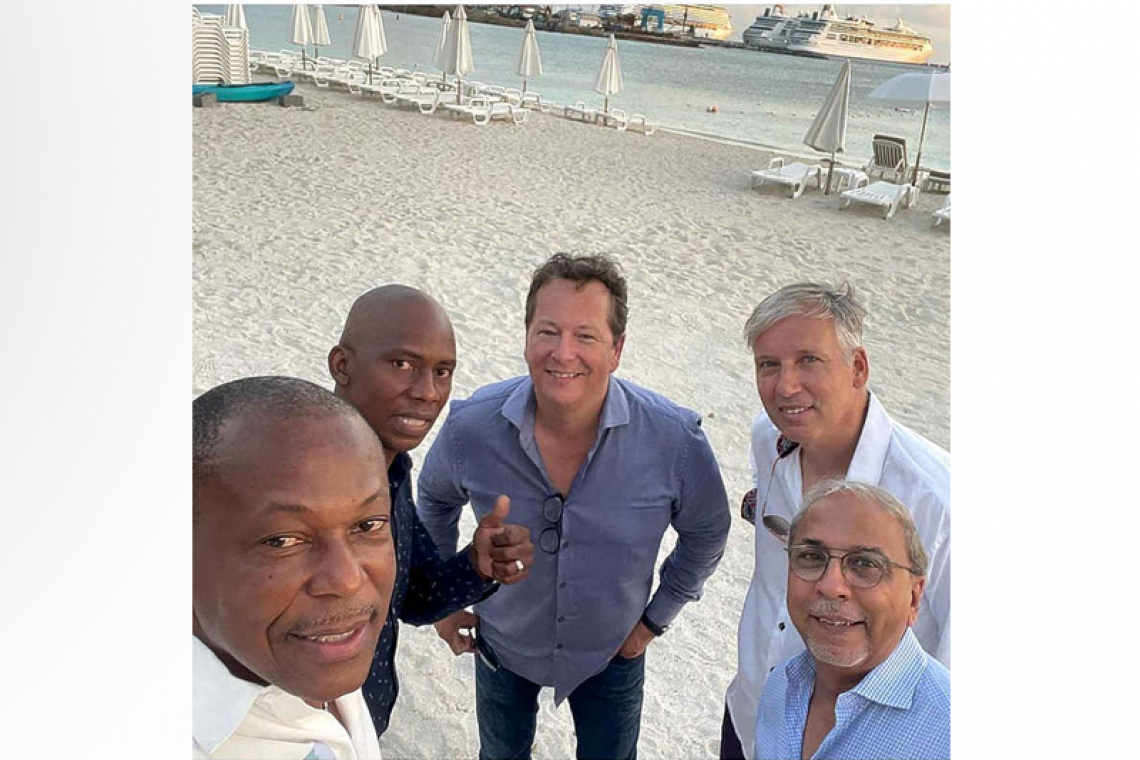 Some members of the PPB board.

PHILIPSBURG–The Philipsburg Promotional Board (PPB) on Tuesday weighed in on some of the tax reform suggestions  presented in Parliament recently and made some suggestions of its own.

Reacting to the hotly-debated 7.5 per cent tax proposal for online purchases, PPB said such a tax will most likely affect low-income earners.

“Most people, but especially low-income earners, buy online to save money because of high prices in our so-called tax/duty-free island,” PPB said.

“The most viable way to collect the proposed 7.5 per cent tax is in the form of an import duty at the port. And since the island has been marked and is known worldwide as a duty-free port, implementing an online purchase tax with an open border with French St. Martin means that it is also likely that one can ship their items to the French side, thus not making the returns for such a tax viable, while taking away the island’s duty-free status.”

PPB agrees that St. Maarten needs to introduce more indirect taxes to provide services to citizens and invest in capital projects. However, it says that this should not be done in a manner that will harm small businesses or deter the middle class from growing.

The benefits of indirect taxes not being implemented in tandem with French St. Martin should be examined.

While indirect taxes are a preferred way to implement taxes, excise duties on alcohol and tobacco may impact the lowering of sales in the industry and not necessarily bring in large sums of funds. Additionally, it can be anticipated that the French side of the island will influence the success of such a tax to a great extent, by not having a similar excise tax.

On the issue of the proposed real estate tax, PPB believes this should be introduced on property owned by persons who live overseas as well as on commercial buildings, as both benefit significantly from services the country provides, while making minimal contribution.

As it relates to profit tax, PPB suggests that this be slashed in half to 17.5 per cent to attract new big businesses, while removing the investment allowance on buildings.

“Cutting the profit tax to 17.25 per cent for the first NAf. 250,000 per year and 25 per cent for above NAf. 550,000 would mean that more companies would be willing to pay profit tax and not set up difficult tax structures to avoid paying profit tax.”

Room tax in St. Maarten, PPB said, is one of the lowest in the region and should be considered to be increased to 10 per cent as a way of having tourists make a greater contribution to the country’s tourism industry.