Home Local News Préfet: ‘After five years of crisis St. Martin deserves to be at... 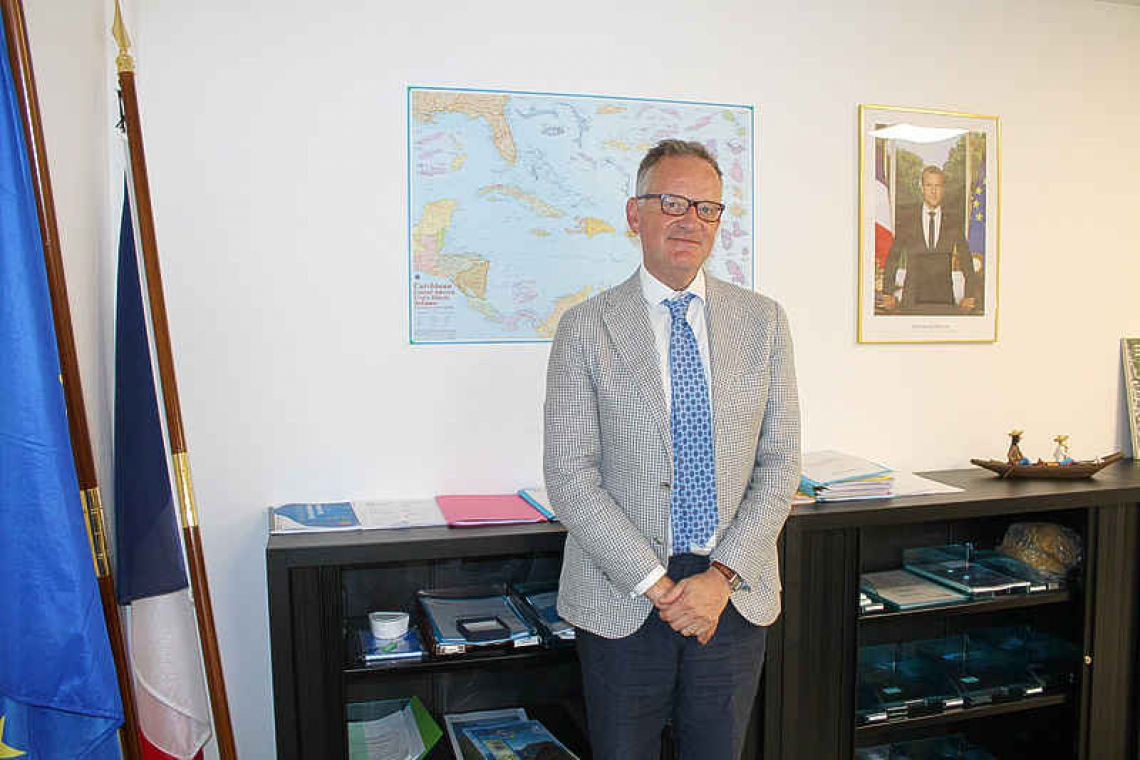 MARIGOT–Préfet Vincent Berton (56) is a busy man. Hardly a day goes by without a field visit here or there, whether it is viewing association Compagnons Bâtisseurs’ post-Irma repair work in French Quarter, visiting social insertion associations in Sandy Ground, or observing the recent student road safety programme and demonstrations at Cité Scolaire, La Savane, it is all part of getting fully acquainted with the territory and the key players.