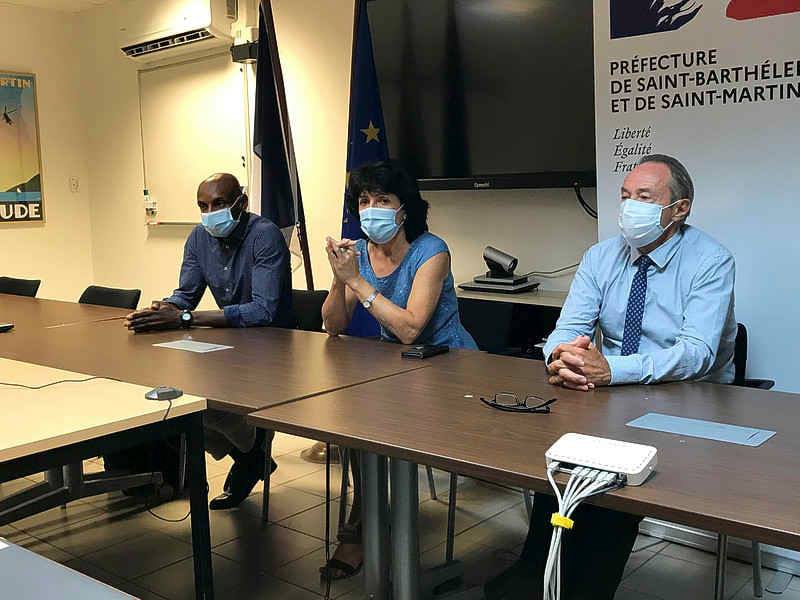 MARIGOT—In view of the risk of a public disturbance, the Préfecture has decided to remove border controls and the containers in Cupecoy and Oyster Pond will be removed today.

The Préfecture and regional health agency ARS responded to the request for an audience from the organisers of Wednesday’s protest.

ARS drew up a report on the current health challenges in St. Martin, the number of cases, and worrying indicators particularly in terms of hospital capacity which is almost saturated (18 beds occupied out of 23 in COVID units and one additional death Tuesday at the Louis-Constant Fleming hospital and 100 per cent occupancy rate in intensive care at the Guadeloupe University Hospital).

“The members of the collective Soualiga United did not want to hear these arguments but committed themselves to contributing to the implementation of popular health education in the neighbourhoods (wearing masks, preventing gathering, social distancing etc),” the Préfecture said in a statement following the meeting.

“While regulation of population flow between the two parts of the island has helped to significantly reduce circulation of the virus, the risks of a public disturbance in a period of health crisis are not acceptable, either for the population or for the Gendarmerie who have been under heavy pressure for months.

“Consequently, and as was announced at a press conference on Monday, the Préfecture of Guadeloupe is studying the reduction of air traffic to Grand Case which should take place in the coming days (reduction in the number of flights and travel only for very compelling reasons). “

Nevertheless, the health risk is still present on both sides of the island and the Préfecture invites everyone to respect the barrier measures to avoid spread of the virus.