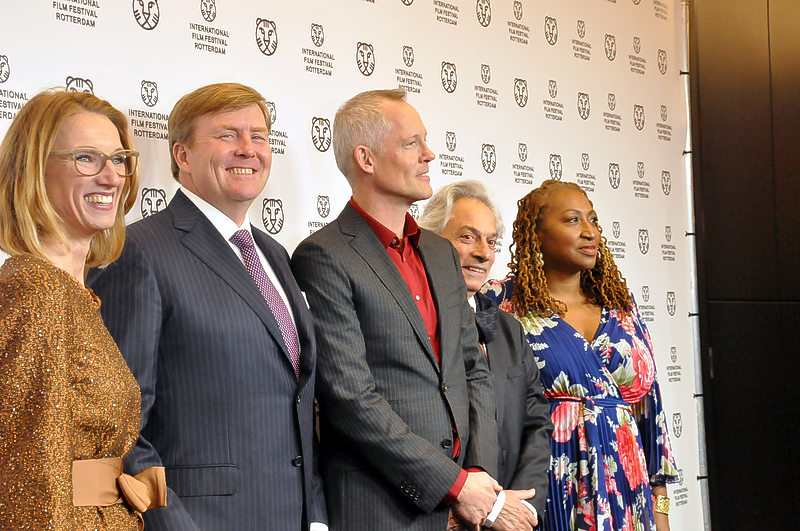 King Willem-Alexander of the Netherlands (second from left) was the special guest at the world premiere of Double Play, a movie based on the novel of Curaçao writer Frank Martinus Arion, at Old Luxor Theatre in Rotterdam on Friday evening as part of the International Film Festival Rotterdam.

Producers Gregory Elias from Curaçao (second from right) and Lisa Cortes from the United States (right) were on the committee that welcomed the King. Double Play, directed by US director Ernest Dickerson, was filmed entirely in Curaçao. The cast and crew were present at the premiere, which was completely sold out with some 800 people in attendance, many of Dutch Caribbean descent. (Suzanne Koelega photo)

Governor Holiday bids farewell to the people of St. Maarten | THE DAILY HERALD