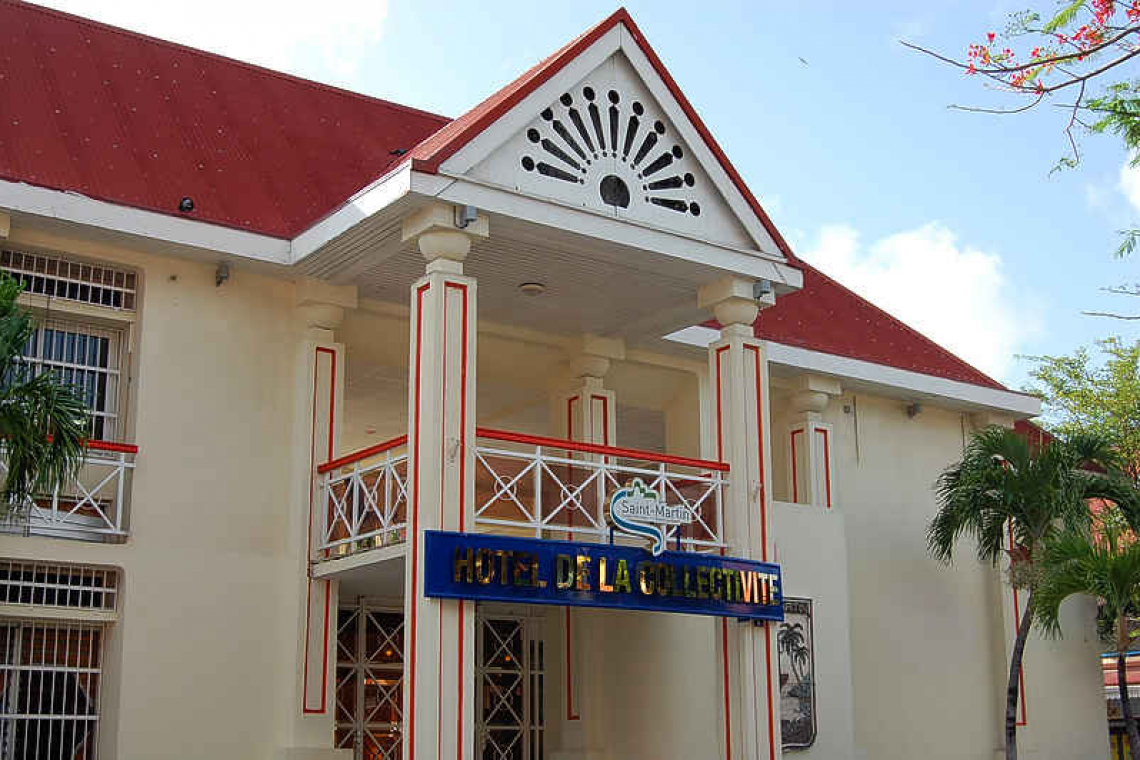 MARIGOT–President Gibbs informed the population on Monday of the continued blocking of Hôtel de la Collectivité by union UNI.T 978 in spite of five attempts at negotiation with the union.

“This situation affects, above all, the population of St. Martin and the right of employees to access their workstations,” Gibbs said in an afternoon press release. “During these four weeks, and with the support of my elected representatives, I have constantly called for a constructive and peaceful dialogue, to get out of this conflict that has been politicised.

“Despite this call for discussion and a sincere and renewed desire to resolve this conflict, the obstacles and two intrusions into work meetings have multiplied, depriving citizens of the continuity of public service and employees of their workstations. At the same time, the union's prerogatives have been exceeded, notably by ordering the departure of a territorial civil servant.”

In a letter sent to the union on Saturday, July 24, the President again requested the lifting, from Monday, July 26, at 8:00 am, of all blockades of public services, and in particular the blockade illegally obstructing access to Victor Maurasse Street, in front of the Hôtel de la Collectivité.

Despite the situation, President Gibbs, surrounded by six elected officials, agreed to meet with the UNI.T 978 delegation on Monday, July 26. The meeting started at 9:50 am and ended at 10:50 am.

Faced with the refusal to discuss the demands relating to employees and maintenance of the blockades insisted by UNI.T 978, the discussion was, once again, unfruitful

The President and his majority remain, more than ever, open to a respectful, demanding and rational social dialogue. Negotiations will therefore resume as soon as possible, with this union – once the rules and practices of social dialogue have been respected.

In a letter to Secretary General of UNIT.T 978, Albert Blake, earlier in the day Gibbs said, he will not hold any negotiation meeting, with UNI.T978, or any other union organisation, without the presence of his technicians.

“This is necessary in order to make progress on the real technical points that you are raising and which fall within your trade union prerogatives. We are therefore ready, elected representatives and technicians, to work, negotiate and programme with you, any working conditions and rights of employees of the Collectivité,” he wrote.