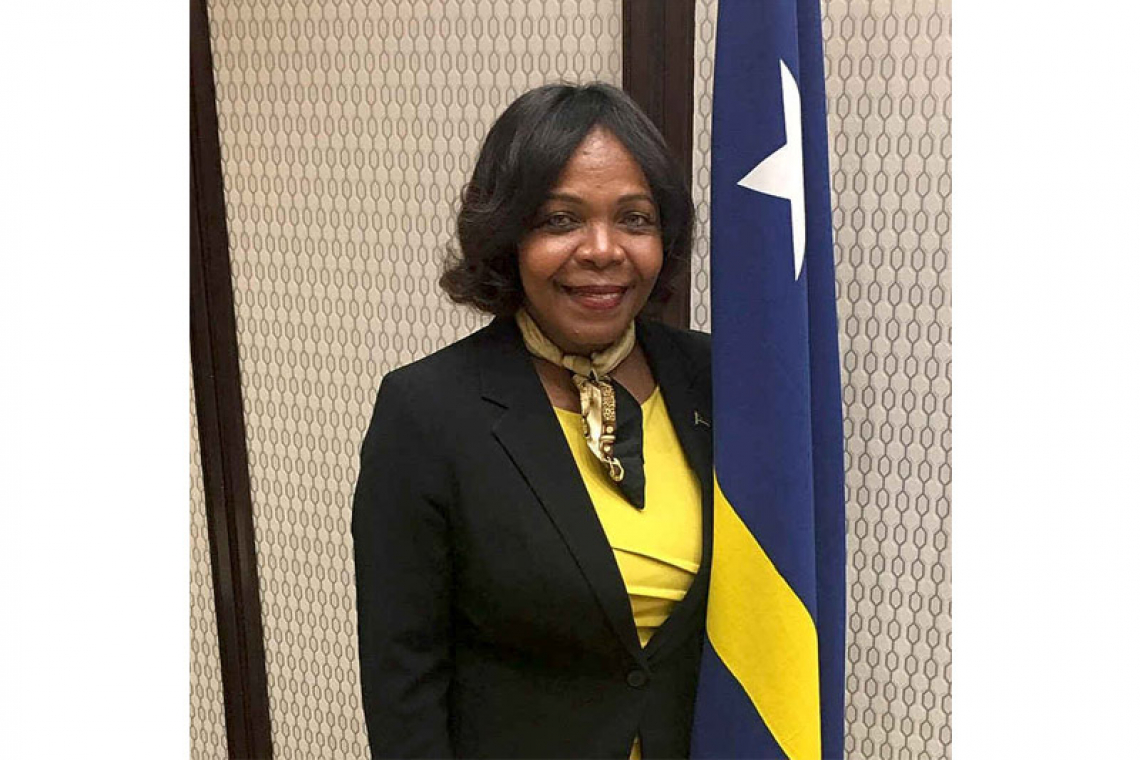 WILLEMSTAD–Former PAR-minister Marilyn Alcalá-Wallé filed a complaint with the Prosecutor’s Office against President of Parliament Ana-Maria Pauletta and PAR’s secretary Kimberly Ascencion for inciting forgery of documents “to undermine the democratic process.”

Alcalá-Wallé said she heard in the media that with the departure of PAR-faction member Jeser El Ayoubi, there would be a vacant seat in Parliament. According to law, the chairman of the Supreme Electoral Council must notify the person on the party’s candidate list for the most recent election next in line, by letter, that he/she has been declared elected as a new member.

Alcalá-Wallé said that she respects democracy as well as the rules and had not yet heard from the Supreme Electoral Council. In 2017, she was number three on the PAR list and obtained 522 votes.

But the ex-minister did receive a letter last week with instructions by Ascencion, supposedly in consultation with Pauletta, to sign, scan and return it. The document stated that she does not accept the vacant seat. “The chairperson’s intention was to deliberately undermine democracy and to make a premature choice who will take the vacant seat.”

Alcalá-Wallé said all this was also publicly proclaimed in the media, showing little respect for the democratic process. “The text of the draft letter mentioned a meeting by the president of Parliament which the undersigned is not aware of, nor was. And yet the undersigned was instructed to sign such a letter, which implies forgery.”

She ended her release with an explicit request for authorities to charge both Pauletta and Ascencion “for violation of the National Ordinance on Electoral Regulations in Curaçao.”

The former minister, who left the party after stepping down pending a conflict-of-interest investigation and already declined a PAR-seat once since, did not say it she would accept it now.