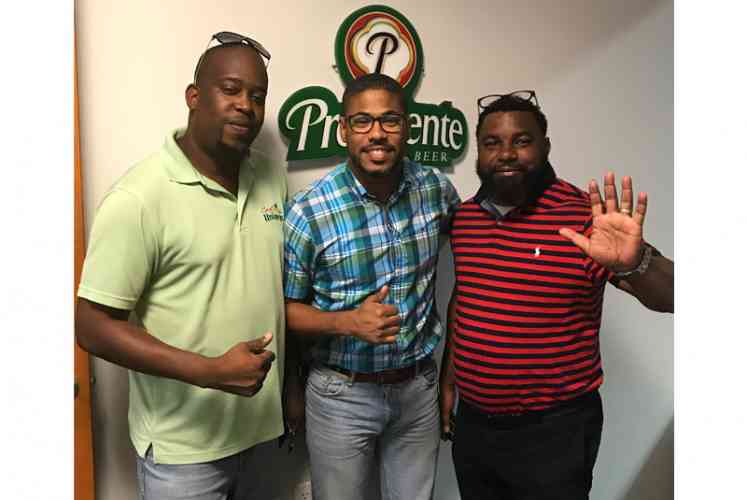 PHILIPSBURG–Caribbean Flag Fest is pulling out all the stops in anticipation of the fiftieth year of St. Maarten Carnival. This year is guaranteed to be full of surprises as 78 Inc. Entertainment Foundation announces Presidente Beer as the new title sponsor of the Caribbean Flag Fest set to be held on April 27. Also making its way on board for the first time as a sponsor is Brugal, both distributed by CC1 St. Maarten.

“Presidente Beer is a first-time sponsor for Caribbean Flag Fest and it’s a great honour to be working together with a great team and an awesome line-up,” according to the organisers on Wednesday.

“This event always has been a huge success for the last four years. People come together as a unity of many Caribbean countries in one village. Celebrating its fifth anniversary is even greater,” said CC1 Senior Trade Marketing Coordinator Agnetha Huijting. Presidente Beer is distributed by CC1 St. Maarten, one of the largest distribution companies in St. Maarten.

Caribbean Flag Fest is the ultimate Caribbean showdown with some of the greatest bands from the region and once more the line-up will consist of six of the Caribbean’s renowned bands. This year’s Caribbean Flag Fest line-up will encompass the sounds of Kes the Band out of Trinidad, Grandmasters out of St. Kitts, Triple Kay out of Dominica, NBO out of Aruba, VAYB out of Haiti, and Badd Boyz out of St. Maarten, alongside Flag Fest’s official deejay DJ Vybz.

The hosts for this year’s fifth anniversary special will be King Vers and MC Sponge. The show is slated to be yet another high energy event for the 50th year of Carnival and will kick off at Carnival Village at 8:00pm sharp.

The sponsors are calling all to represent their countries and bring their flags. The Caribbean Flag Fest Concert entrance fee will be US $50 at the gate. Tickets can be purchased at both Van Dorp locations, Picture This Studio, Tech Hub, Adolphus Richardson Office Technology, SXM Promotionz, all three UTS locations (including Marigot), Boutique Levi’s in Marigot, Marjorie Seduction in Marigot and Carnival Boutique in Carnival Village as of April 21.

March 5, 2021
0
The stranded boat. WILLEMSTAD--Wednesday at 7:00pm, a report came in via VHF to the Dutch Caribbean Coast Guard’s Rescue & Coordination Center (RCC) at Parera that the vessel FENIX near Klein Curaçao had problems with a heated engine.   RCC...
Read more