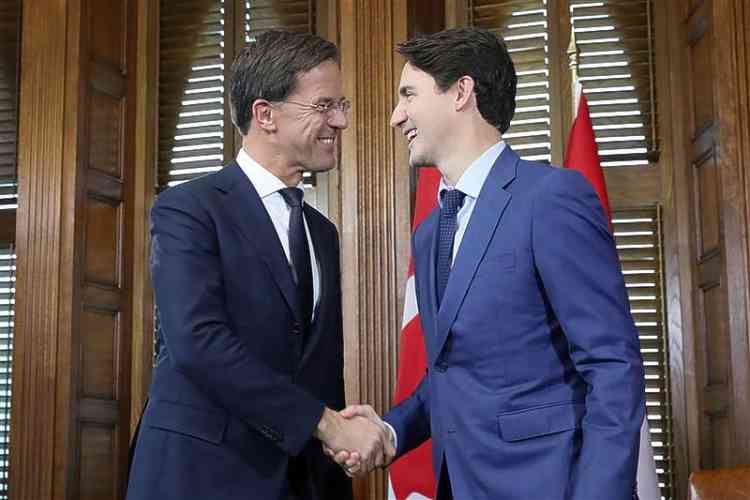 OTTAWA/THE HAGUE–Dutch Prime Minister Mark Rutte caught an audience of Canadian high school students by surprise when he advised them to “just say no” to cannabis. Despite the Netherlands’ international reputation as a forerunner of permitting the controlled use of soft drugs, Rutte told a gathering in Ottawa that “no first use” was the best policy.

The event, hosted by Canadian Prime Minister Justin Trudeau, was held less than two weeks after his country legalised cannabis for the first time for both recreational and medicinal use.

Trudeau and Rutte were responding to a question from the audience about the decision to decriminalise the drug. Trudeau argued that legalisation would allow the Canadian government to control its sale and use more effectively, take criminals out of the market and invest taxes raised from sales in public services such as education and healthcare.

Rutte acknowledged that the Dutch method was “not perfect” because the Netherlands’ network of coffee shops have no legal supply chain, allowing criminals to profit from recreational use.

An experiment is under way in 10 cities across the Netherlands to produce marijuana under licence, he explained. Rutte added that the Netherlands’ proximity to other European countries created another problem, because 95 per cent of Dutch marijuana is exported to nations where the drug is still banned.

But he said the most direct danger to young people was the damage to their health. “The point is that people do not move from marijuana into real hard drugs,” said Rutte.

“But the problem is still that the marijuana that you can buy today is so much stronger and bad for your health than it was when we were young. I have friends with children your age who get hooked on marijuana and get serious mental health problems because of this. So, the best policy on drugs for yourself is no first use,” the Dutch prime minister said.

“It sounds a bit conservative, but I would urge you: do not try it at all and if you do at least make sure you do not move from this stuff to hard drugs.”