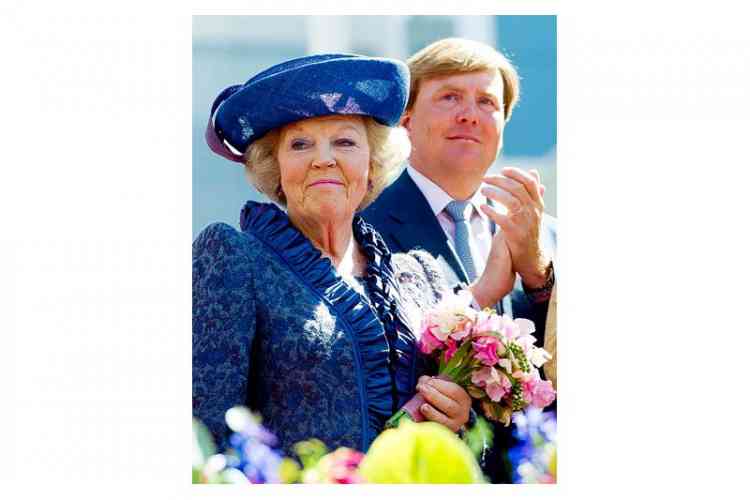 THE HAGUE–Princess Beatrix of the Netherlands will be in Bonaire the last week of November to visit as the guest of Bonaire National Parks Foundation STINAPA Bonaire.

The Princess, who will be in Bonaire from November 28 to December 1, was invited by the non-profit nature organisation. STINAPA Bonaire is a member of the Dutch Caribbean Nature Alliance (DCNA) of which the Princess is the patron.
On her arrival on November 28, the former queen will be met at the Flamingo Airport by Acting National Government Representative Bonaire, St. Eustatius and Saba Jan Helmond and Bonaire’s Island Governor Edison Rijna.

On Thursday, the Princess will visit the headquarters of STINAPA where she will receive an explanation  of the management and protection of Bonaire’s nature parks, the National Maritime Park and Washington Slagbaai National Park.

As patron of the United Nations Children Fund UNICEF Netherlands Committee, Princess Beatrix later on Thursday will visit Strea Briante (Bright Star) School, the winner of the first Caribbean UNICEF Children’s Rights Festival, which is aimed at making children in Bonaire, St. Eustatius and Saba more aware of their rights in an active, creative way. The Princess will watch the film together with the pupils after which she will engage in a talk with them.

Also on Thursday, the Princess will attend the “Economy and Nature in Balance” symposium. This symposium, organised by the DCNA, focuses on the area of tension between nature preservation and the developing of tourism. Thursday will be closed off with a reception at the dwelling of Island Governor Rijna.

On Friday, the Princess will visit Washington Slagbaai National Park, the first on-land nature reservation in the Netherlands Antilles when it was opened in 1969. The 5,643-hectare park is home to many local animal species, including flamingos, parakeets, iguanas and parrots, while four species of sea turtles nest on the park’s beaches. The Princess will receive a tour of the visitors’ centre, drive through the park and speak with rangers, researchers and staff.

On Friday afternoon, Princess Beatrix will visit the cultural residents initiative Hòfi Kultural, which was co-financed by the Oranje Fund. The Princess, who has a keen interest in arts, will meet with the initiators and residents, and unveil a wooden piece of art.

On Saturday, Princess Beatrix will attend a debate of the STINAPA Junior Rangers. STINAPA’s youth programme has been facilitating weekly trainings about nature and the importance of nature preservation for some 10 years. These youngsters are considered Bonaire’s nature ambassadors.

As part of their training, the Junior Rangers organise a debate every year. This year’s theme is: “Will sustainable development hinder or benefit Bonaire’s economy?” The Princess will attend the debate, after which she will meet with the Junior Rangers, their coaches and the volunteers.