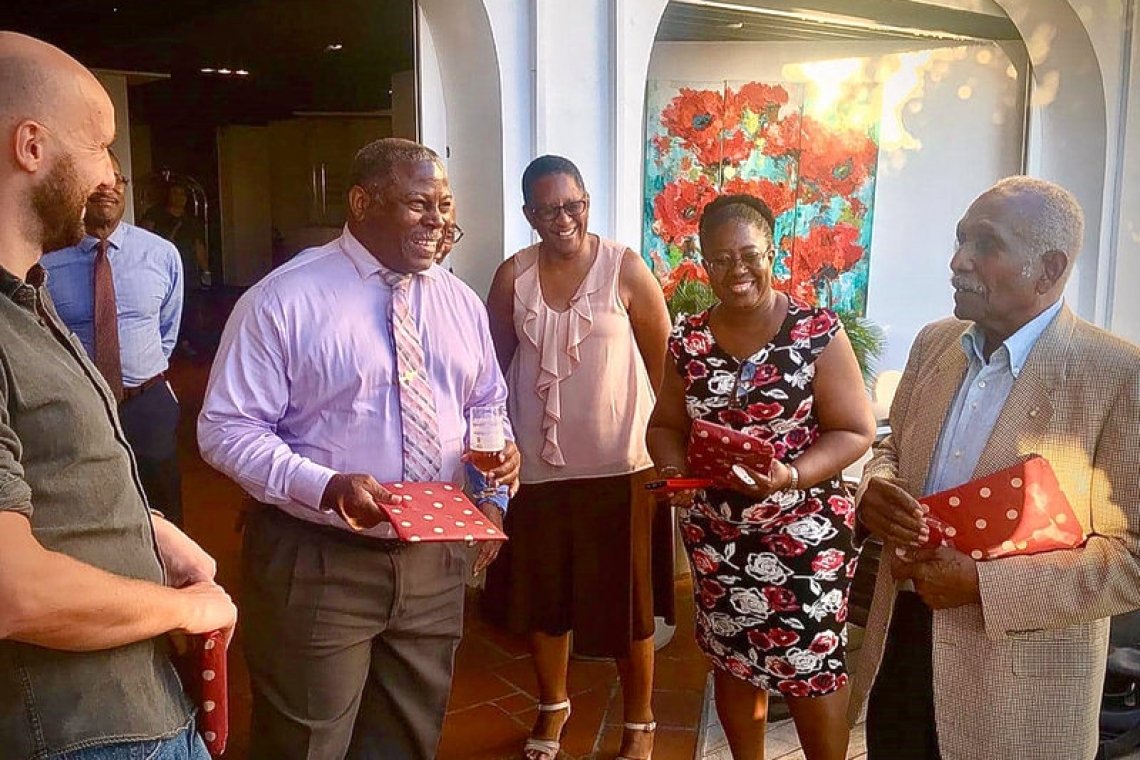 Manning served a total of 30 years on the committee, in addition to other public offices he held, which included court bailiff, judge of instruction, and police officer in Curaçao.

Supervisory committee chairperson Gerald Simmons-De Jong said it was “an inspiration” to serve alongside Manning and thanked him for his persistence in standing up for inmates’ rights over the past 30 years.

The supervisory committee’s task is to help ensure that prison inmates are treated fairly and to seek ways to improve their conditions in conjunction with the prison director and the St. Maarten Justice Ministry.