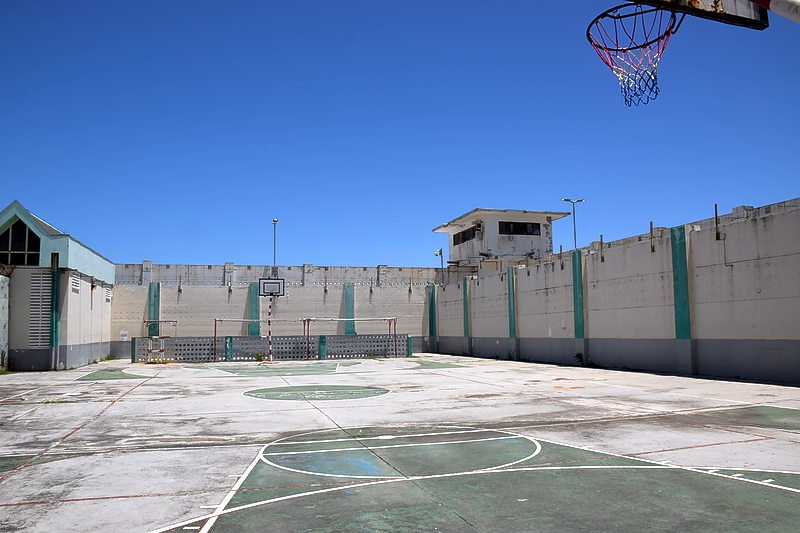 Prison Director Edward Rohan disclosed in a candid statement that he has repeatedly requested more assistance for the prison since 2012 when he took up his post.

“To run a prison, you need tools. I have asked for two tools. I said, ‘Give me staff and give me money,’” he said. “We can’t do the job if we don’t have the tools. My hands are tied. We need the facility to be upgraded as was promised. There were funds allotted to make changes.”

He added that nothing had been heard about the expansion since late last year.

“We need more cells, which would give us more working space to do a better job. We also need better holding cells to be able to isolate prisoners for a longer time when needed,” Rohan said.

There are “gangs” in the prison and preventing them from coming into contact with each other is a major undertaking for the stretched-thin staff. “We do not have the space. We have these gangs in prison. We have to keep them from meeting each other,” Rohan said. “With the expansion, we can separate the inmates better. We can keep, for example, the Dutch Quarter guys from the St. Peters guys.”

Other than some renovations to the prison, nothing major has been done at the facility since Hurricane Luis devastated the island in 1995.

Rohan has linked the state of the prison to the constant collapse of Government coalitions and the succession of Ministers the past years. Each time a Government goes home, work at the prison and its needs are set back significantly.

“Government has fallen five times since I have been here and every time we go back six months,” he said.

The requests to Justice Minister Edson Kirindongo, the latest one for 15 Voluntary Corps St. Maarten VKS officers made in July, were never honoured and those answered by Government have been met with the standard statement: there is no money.

A grand total of three VKS-ers were allocated to the prison for a day after the fatal shooting of an inmate two weeks ago with a gun smuggled into the institution. Since the incident there has been “more and more pressure” on those prison guards who diligently turn up for work and on the management to cope with grossly depleted resources. The prison needs an additional 35-55 guards to function optimally.

“In the short term, we need personnel. Our personnel are not safe. They are overworked. They are lacking the training and equipment to execute the job in a right manner. We need more support and for a longer period,” Rohan said.

Curaçao and Aruba have offered to lend St. Maarten prison guards. However, the offer has been shelved because St. Maarten does not have the money to pay for housing and allowances for the officers, although their salaries will be covered by their respective countries.

Rohan said support from other Dutch Caribbean islands is welcome, as is the help from the VKS. However, this will only fill the void for a while. “What happens when they go? We will still be in the same situation. We have a number of people who want to train as prison guards, but there is no money. They wait and wait and then they lose interest or get another job,” he said.

Some prison guards are working 12 and 15 hours a day due to a high sickout rate at the prison. Rohan did not have an explanation for the sickout rate being high, but he pointed out that family doctors often give a guard two or more days off following each visit and days off increase when the guard goes to the Social and Health Insurance SZV control doctor.

Prison guards are “there to take care of the people” under their watch. The care includes adequate protection of everyone and this cannot be done effectively with minimal staff. “There are a lot of things we want to do in the Prison, but can’t. We lack the manpower and the funds,” said Rohan. “We have a lot of good staff and we are trying although we don’t have the tools.”

What’s also regrettable for the Director and staff is that two letters have been sent to Parliament – one in December 2015 and one in May 2016 – inviting the legislature to visit the prison to see first-hand the condition of the building and the circumstances under which prison guards are working. Parliament has not even acknowledged the letters. Two Members of Parliament, Cornelius de Weever and Leona Marlin-Romeo, visited the prison this year on their own accord to get a view of the situation.

“I am always told there is no money. … I am a person of solution so I decided to invite the Parliament to see the situation. I got no response,” Rohan said.

Parliament is the body with the power to adjust the budget to address critical needs. Rohan sees the short-staffing at the prison and the need for upgrades as very much past critical.

Addressing the reason for prison guards downing their tools last week and heading to their union, Rohan said the impression had been created that the staff was against him as Director. This is simply not so, he said.

“I know the staff are tired and fed up, but it is not because of me. Their action was to let Government know what’s going on here [in the Prison – Ed.],” said Rohan.

The current understaffing, but mounting workload, has many prison guards frustrated. “We don’t have enough eyes on the ground. … The Minister [of Justice – Ed.] promised to help, but he wants to start with the police first. I believe the prison should be first,” said Rohan.

The establishment of the K-9 Brigade has been a tremendous help to the prison. The trained dogs and their handlers have made searches at the prison more efficient. “But we need eyes on the ground. The dogs are good, but I need people,” Rohan said.

The prison guards are well aware of the uphill battle the Director faces in procuring more staff and obtaining funds for training and other improvements.

“Every morning in the briefing, we talk about this. … Something has to happen. In the meantime, we have to just keep strong. Everybody can talk, but people need to come with solutions. Government needs to do something real fast to better secure the prison,” Rohan said.