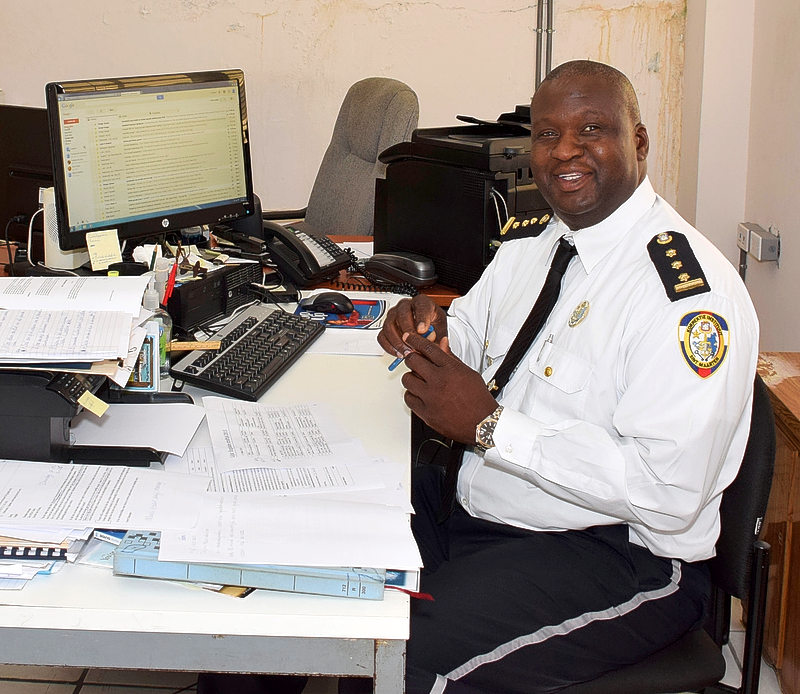 PHILIPSBURG–Pointe Blanche prison Director Edward Rohan remains a suspect in a criminal investigation by the National Detectives agency and the Prosecutor’s Office. Rohan was implicated as a suspect when it was discovered that he had provided a list of eligible voters at the prison to Member of Parliament Silvio Matser during the elections two years ago.

What stuns many Justice officials is the fact that Rohan is still reporting to work while being investigated.

In a recent interview with The Daily Herald, Chief Prosecutor Ton Maan expressed his grave concern about the situation in Pointe Blanche. One of the issues he raised was Rohan being investigated.

“The Prison Director, mind you, is suspect in an investigation by the National Detectives. Slowly, I start wondering whether it would still be justified for us as a Government to send people to that prison,” Maan said.

“Octopus” is the code name for the investigation into the alleged vote-buying during the 2014 parliamentary elections. Matser is accused of having made phone calls to Rohan to obtain information about the procedures at the House of Detention during elections and about the number of eligible voters with Dutch nationality among the prison population.

Rohan confirmed that such telephone conversations had taken place and that he had provided the then-candidate for United People’s (UP) party with the requested information, which included a list of eligible inmates in the prison, the Prosecutor informed the Court during the Octopus pro-forma hearing on October 13 last year.

Matser’s co-defendants are all suspected of having cooperated with the scheme to recruit voters for UP or for Matser in exchange for payment of US $100 in prison canteen money, or the handing out of beach and market stall licences, or assistance in obtaining a chauffeur’s job. In this way, some 13 prison inmates were approached with requests to cast their votes for UP, the Prosecutor stated.

In the investigation, which is led by the Prosecutor’s Office and carried out by the National Detectives Agency, some 20 persons were considered suspects. One of those could not be traced and another suspect has passed away. A total of 14 suspects were detained when the investigation started. The court had suspended the preliminary hearing in the so-called “Octopus” investigation for an indefinite time.

This newspaper contacted Minister of Justice Raphael Boasman via his press spokesman Fernando Clark for comment concerning the investigation, but no answers had been provided by the cabinet up to press time.