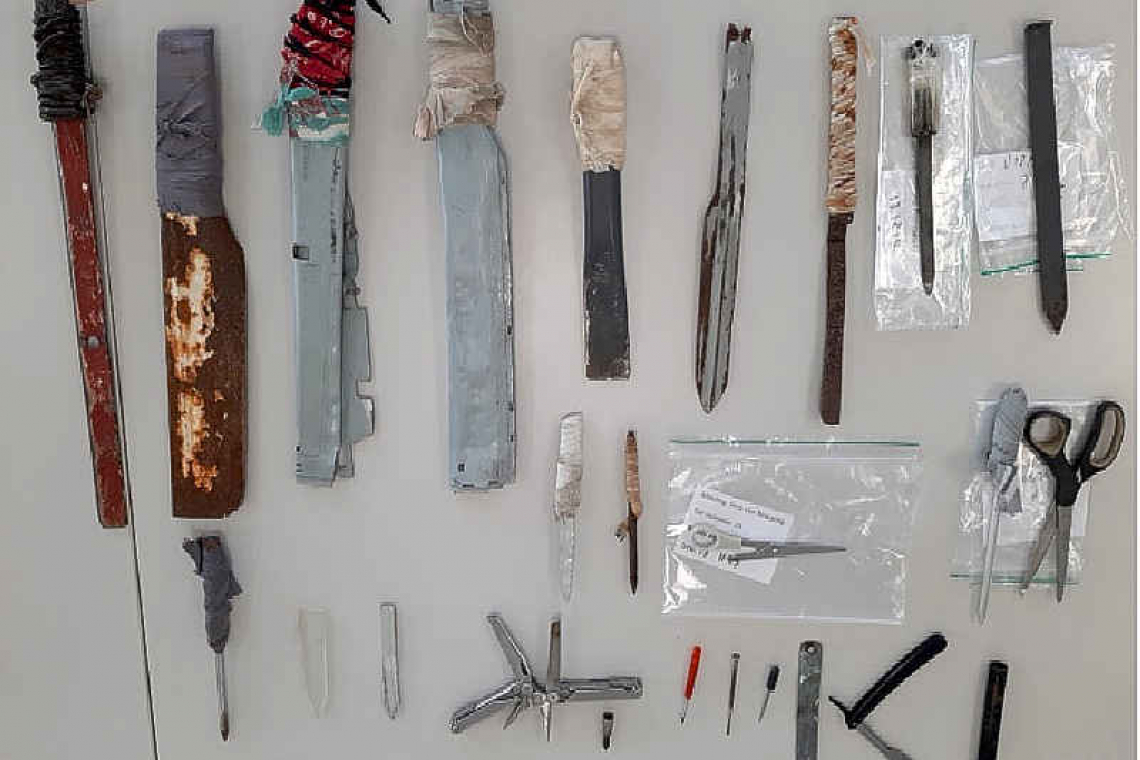 Some of the shanks found.

PHILIPSBURG–Inmates at the Pointe Blanche prison and house of detention have become inventive in how they conceal contraband at the detention facility.

During a large-scale investigation at the prison on October 13, contraband was uncovered hidden in electronic devices (game consoles and televisions), sealed food packages, between walls, inside walls, hidden in chairs, toilets, mattresses and vents, amongst other places.

Amongst the illegal items found were shanks, phones, forms of narcotics, containers with self-made alcoholic beverages and other forms of weapons, it was stated in a press release from the Justice Minister on Monday. High-tech equipment such as a drone, hand detection devices and K9 units were used to detect and inspect illegal items.

Members of the Pointe Blanche Prison Inmates Association had complained to members of Parliament’s Justice Committee that some of their items, including television sets and gaming consoles, had been destroyed; their food dumped and drinks poured around their cells during the raid, which they said spanned approximately 18 hours.

Allegations also included consuming some of the inmates’ food, dumping the remainder on the ground half-eaten, and writing serious degrading sexual profanity on their walls like “gay,” “faggot” and “suck [colloquial term for male genitals] for free” on the cell walls.

The cell inspection at the Pointe Blanche prison and house of detention was carried out by prison staff in collaboration with the St. Maarten Police Force KPSM, Customs, the Coast Guard and the Dutch Marines.

Cell searches are common procedures undertaken by prison authorities with a view to maintain order and security in penitentiaries. These searches can be periodic or result of an identified specific risk. In this case there were reasonable grounds to believe that illicit items were present in the prison facility upon which a large-scale cell inspection was initiated.

According to the release, contraband in a prison environment poses serious risks to the safety and security of prison workers, visitors, and prisoners, as the potential for violence with weapons is high and the use of narcotics can lead to undesirable behaviour.

“In addition, mobile phones can be used to facilitate the smuggling of contraband, and to coordinate other criminal activities inside or outside the prison. As a result of the security operation and adjusted security measures currently taking place, it was prudent that all scheduled visits to the prison facility were postponed for security and safety reasons,” it was stated in the release.

Based on Article 29, sub 2 of the “The National Decision Containing General Measures, Establishing the Prison Measures”, the director is permitted to regularly authorise searches of all areas where inmates reside. The unauthorised items found during the searches may be confiscated in connection with safety and security. The main purpose of a cell search is to locate illegal items and remove them from the inmates’ possession and guarantee safety for the persons in the facility.

“As a result of the thorough way in which these searches are conducted, it may happen that items are damaged in the search process. In the event that claims of damaged items are reported by the inmates, the prison and house of detention

will further investigate this matter and take further action if necessary,” it was stated in the release. 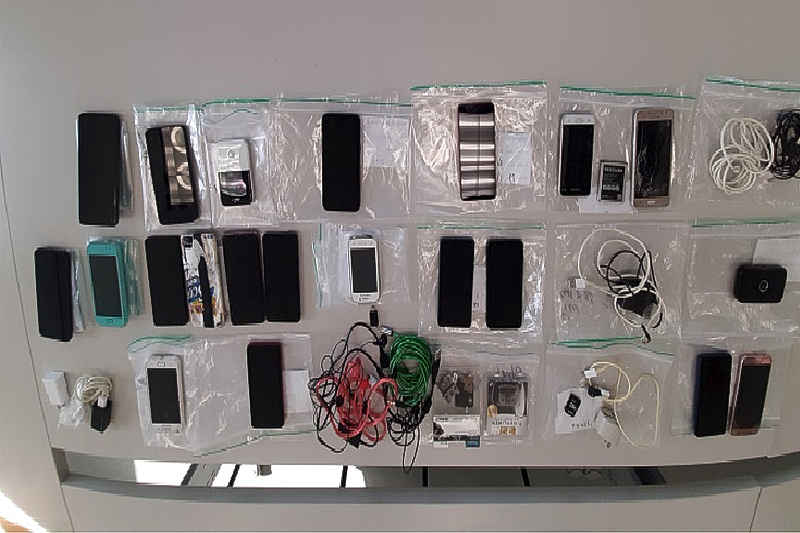 Phones discovered during the search. 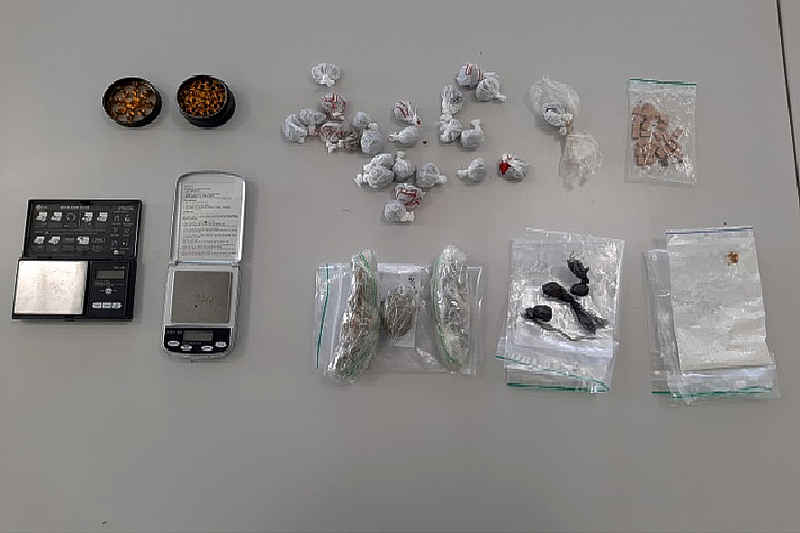 Items found during the search include forms of narcotics.