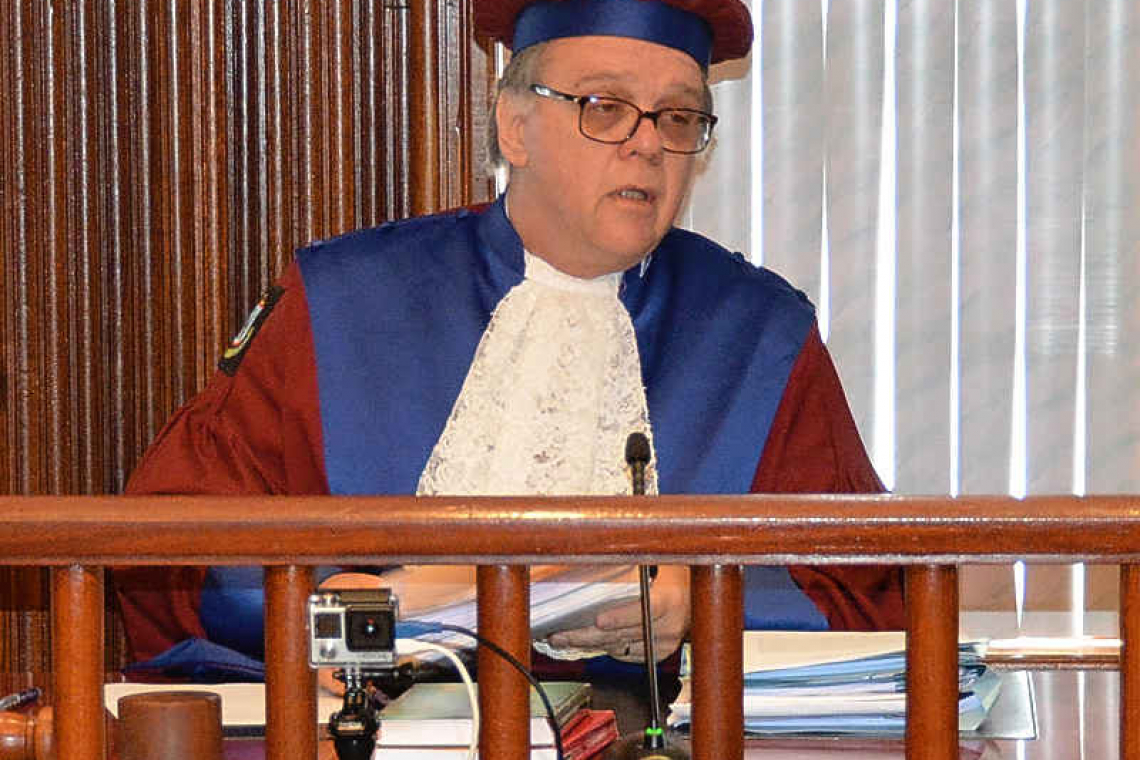 PHILIPSBURG–On July 22, 2021, a case management conference was held in the matter filed by the Ombudsman with the Constitutional Court of St. Maarten. This matter regards the review of cuts to employment benefits of all (semi) public sector workers. The hearing, which dealt with procedural issues, was held through a video-conferencing link between the Courthouses in Philipsburg and Willemstad.

In attendance were Ombudsman Gwendolien Mossel and her legal counsel attorney-at-law Jason Rogers for the applicant, and attorney Richard Gibson Jr. and Marieke Zadelhoff of the Department of Legal Affairs and Legislation of the Ministry of General Affairs for the Defendant.

After hearing the parties involved in this case and their legal counsel, it was decided by the court president that the hearing of the constitutional matter, which had already been set for Friday, August 20, will commence at 9:30am in the Courthouse in Philipsburg.

It was agreed that both sides will deliver their oral arguments in English, which will also be the main language in which the oral proceedings will be conducted. Orders were given for the streamlining of any possible further evidence that the parties may wish to present.

As far as possible, measures will be taken to ensure full access to the court hearing both for the public in general and the media in particular. Live coverage of the proceedings by television and radio stations will be facilitated by the Registry of the Court upon request and as far as practical. The COVID 19-related guidelines of the Courthouse will remain in effect.