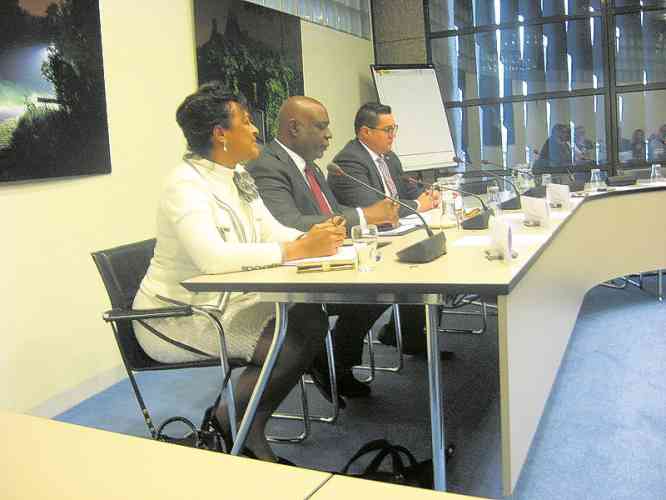 The three plenipotentiary ministers of St. Maarten, Curaçao and Aruba.

THE HAGUE–The Kingdom Act Dispute Resolution submitted by Dutch State Secretary of Home Affairs and Kingdom Relations Raymond Knops contains such fundamental shortcomings that it is better to start over. That was the message the Standing Committee for Kingdom Relations of the Second Chamber of Parliament in the Netherlands received from constitutional experts Gohar Karapetian and Gerard Hoogers, who were invited to a hearing in preparation for a debate on the matter in a month’s time.

Their colleagues Ernst Hirsch Ballin and Arjen van Rijn still saw a possibility to significantly change the current proposal, but the latter added that if the three Dutch Caribbean countries prefer starting anew that should be done.

Curaçao, Aruba and St. Maarten had previously expressed their dissatisfaction with the draft for a regulation that has been discussed since 2010. The aim is to arrive at a settlement procedure that can be used if there are disagreements between the kingdom partners.